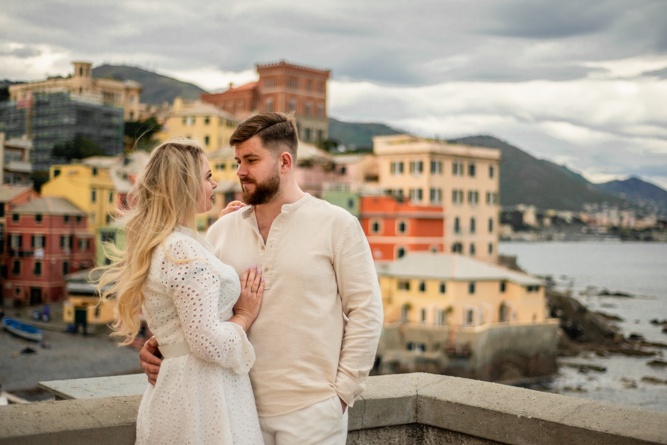 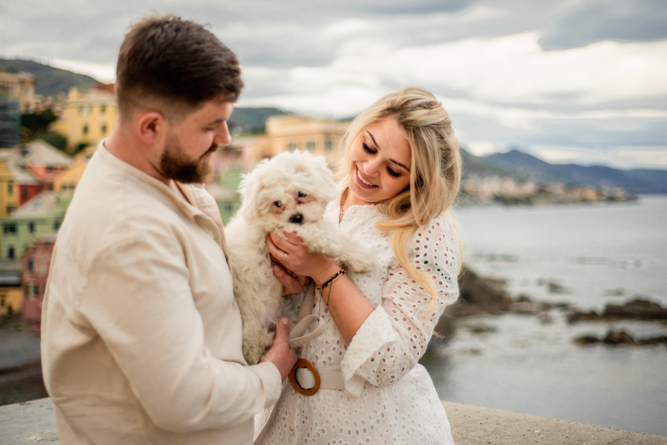 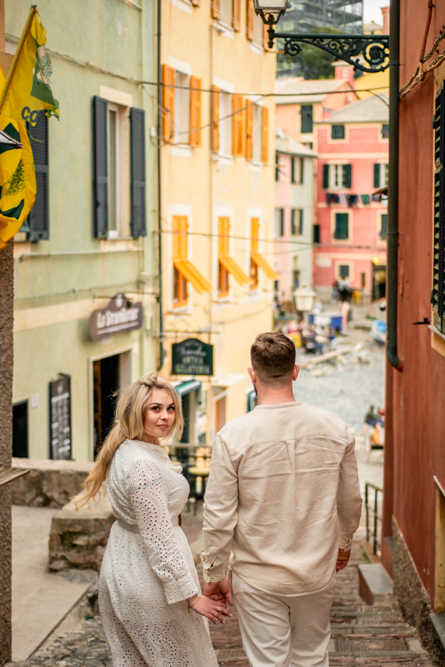 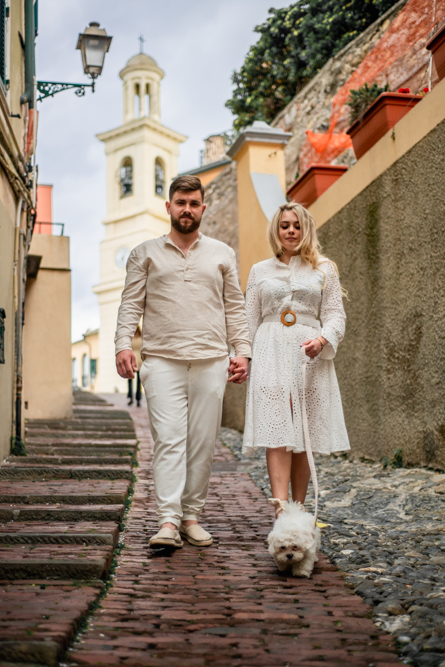 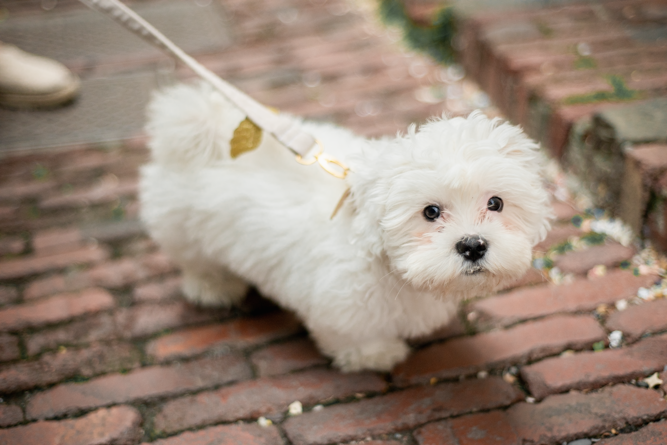 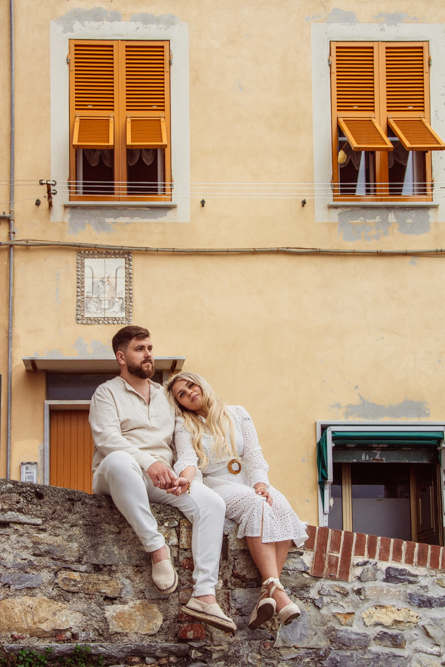 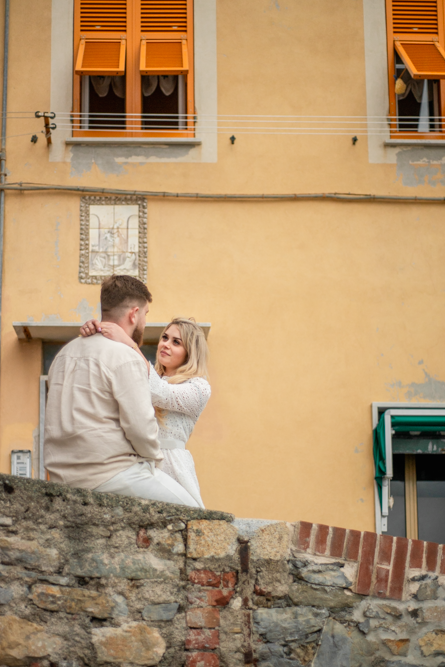 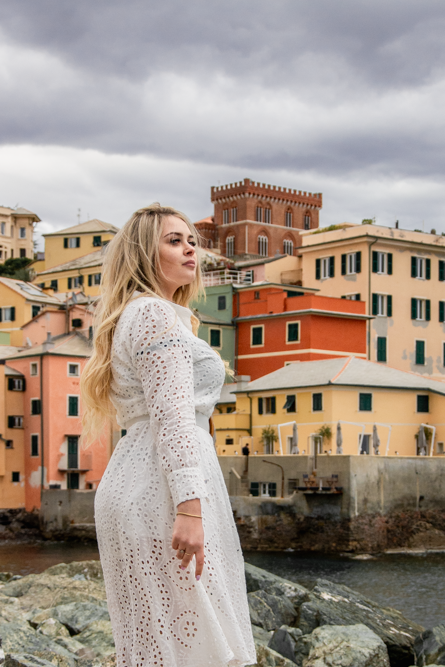 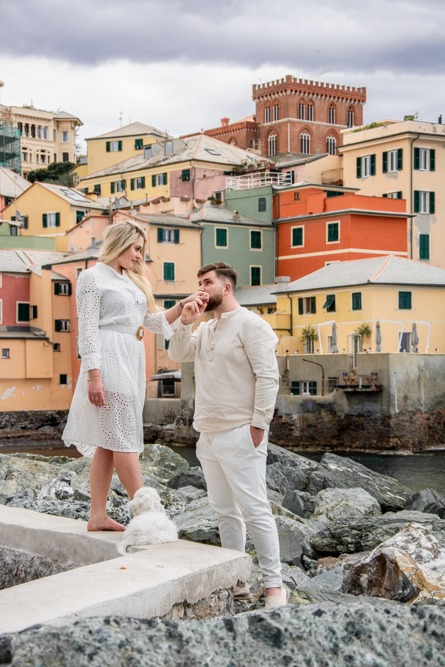 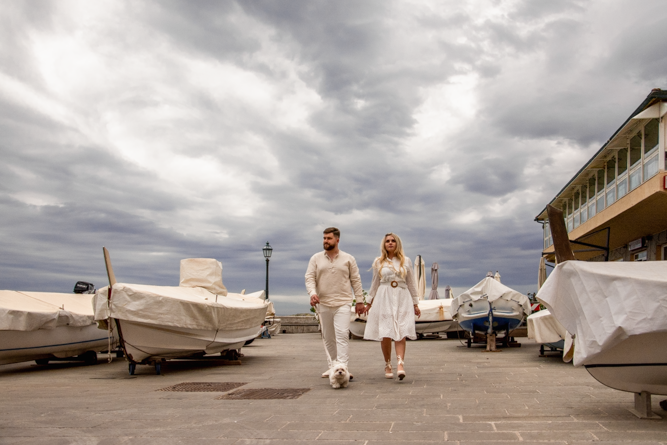 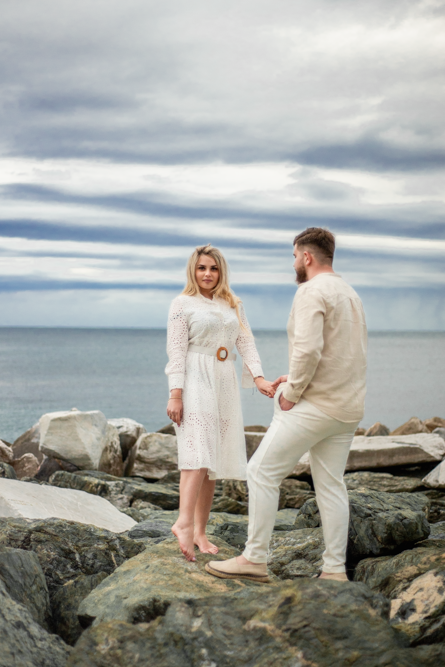 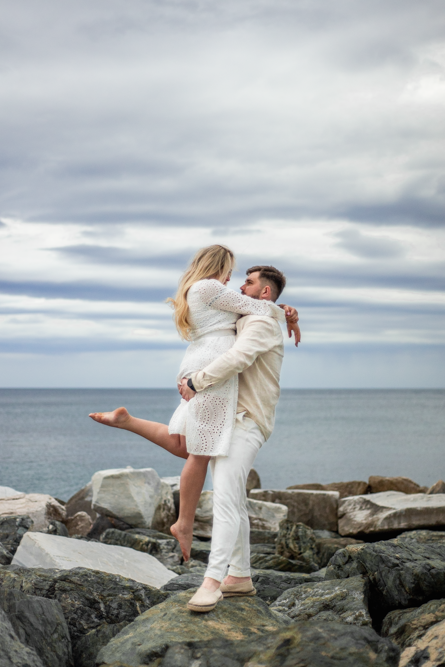 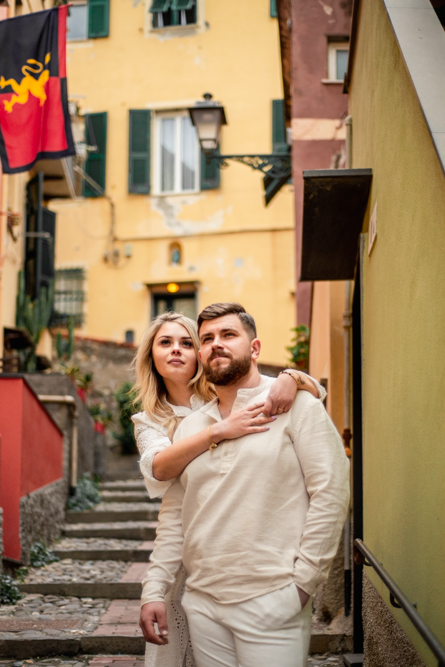 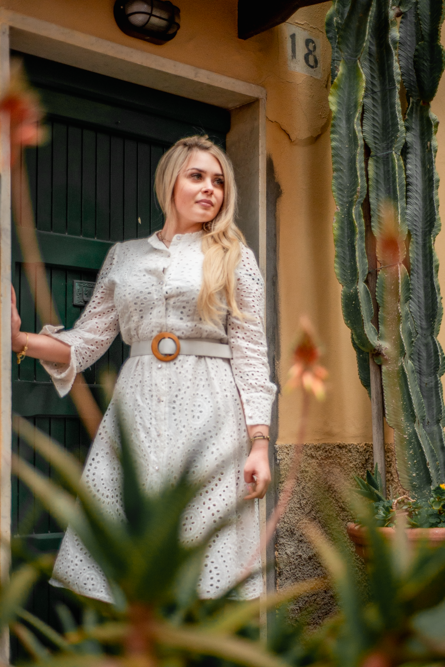 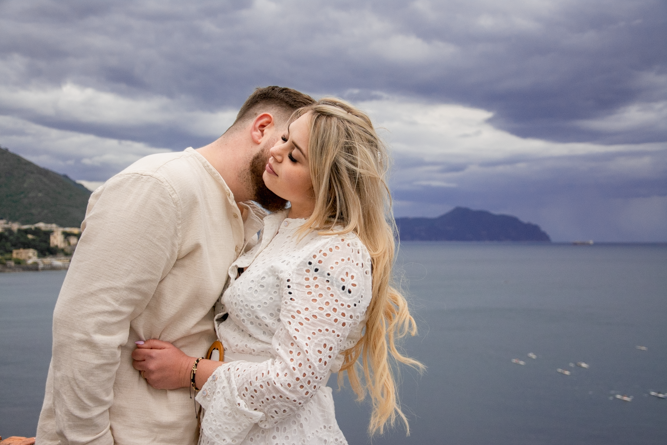 Initially, we were supposed to meet in Milan. After the conversation, Klaudia, Mateusz and little Fado changed their minds and decided to come to Liguria. Were you surprised by such a decision? Milan is a stunning city. However, you will not find there narrow streets with colorful houses, In the spring they are still quite empty, so it allows you to pose freely. There is no sea, which is enchanting, regardless of the weather and creates a beautiful background for photos. The atmosphere is a little nostalgic and a little electrifying, with the promise of sunshine and summer. All this is definitely favorable for romantic shots.

We chose two locations. The first choice is a classic – a photoshoot in Boccadasse. Bocadâze in the Genoese dialect means “mouth of a donkey” and refers to a type of fishing net. There used to be a small fishing village here, which over time was incorporated into the city. What remains, however, are beautifully colored houses, a bay with a beach and marina with boats. Walking through the streets of Boccadasse, you can feel like you’re in the animated Disney movie Luca.

While you can see the second session from Camogli here and photos from other Genoa locations here: Via Garibaldi and Castelletto, Sant’Agostino and Palazzo Ducale, Nervi.