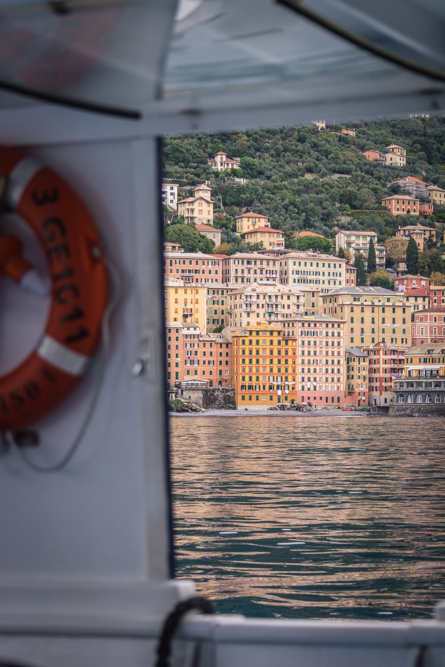 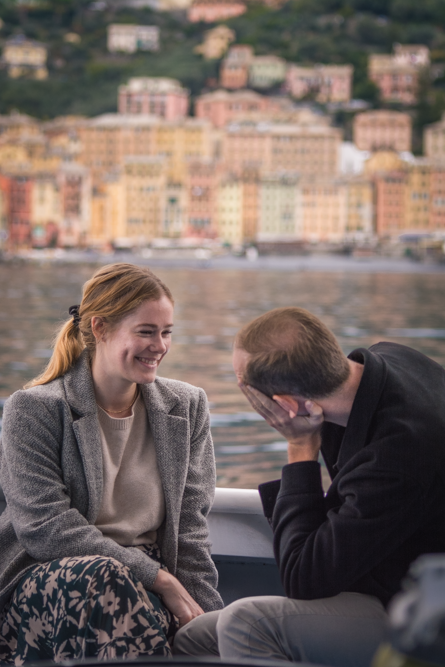 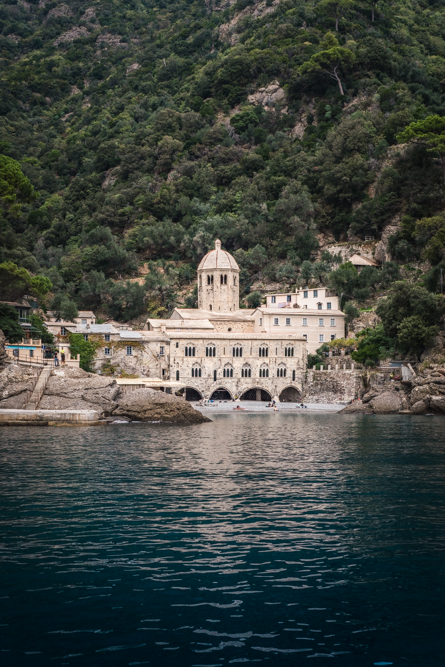 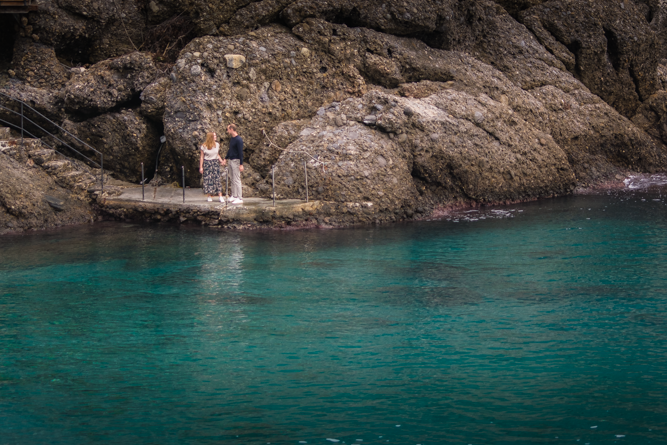 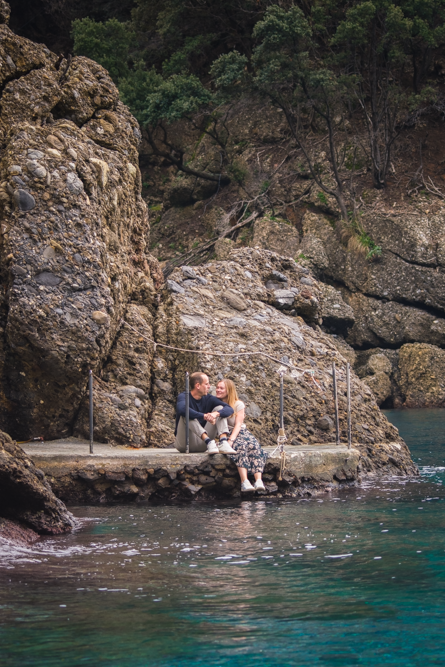 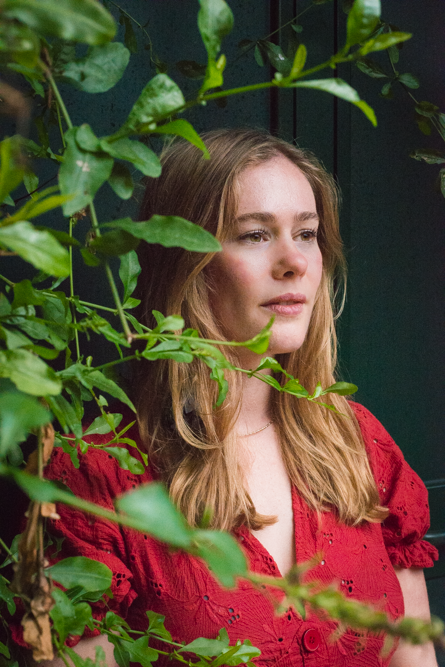 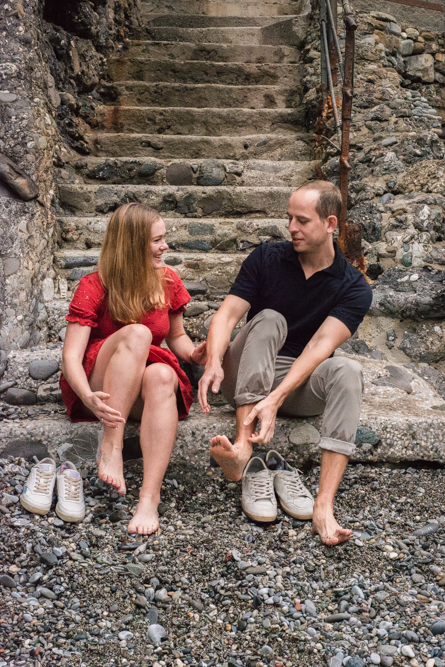 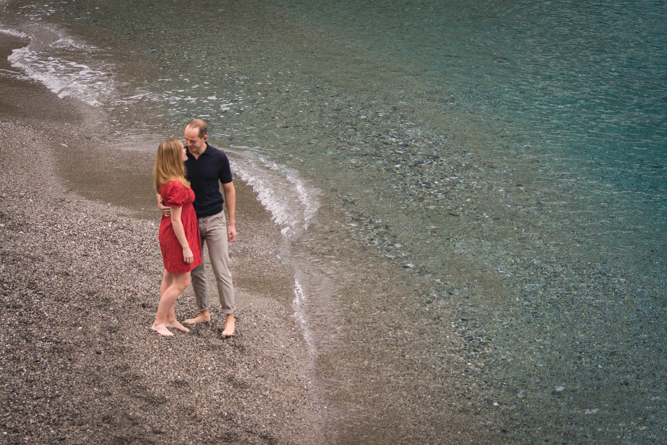 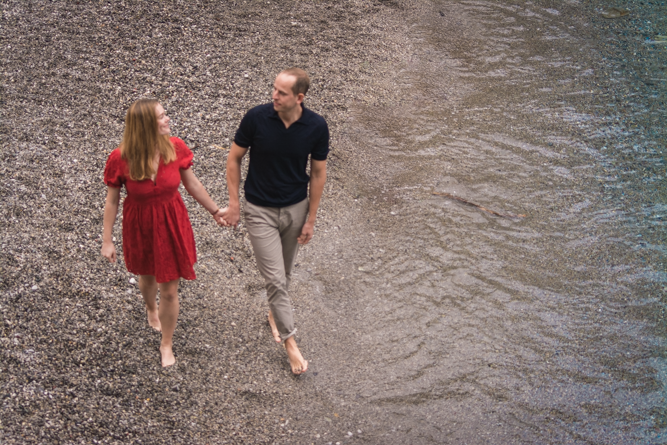 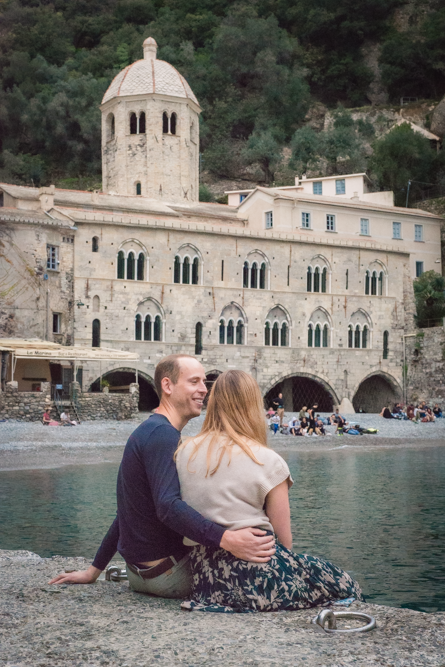 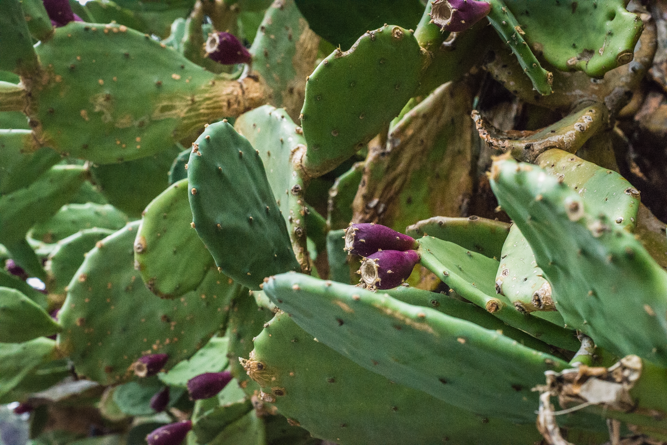 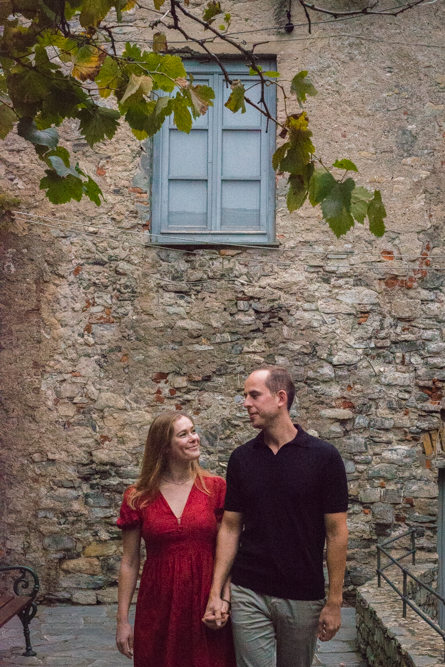 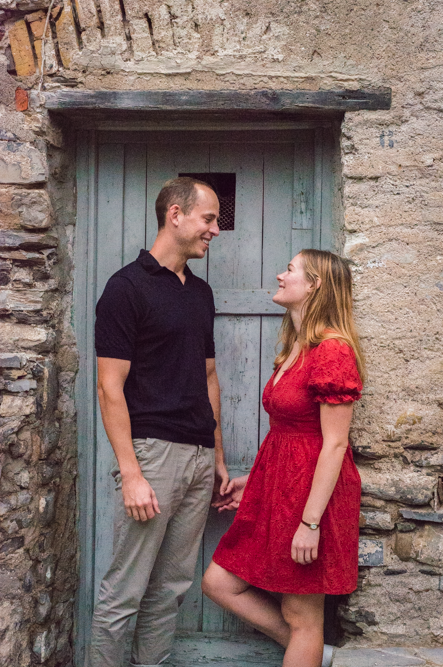 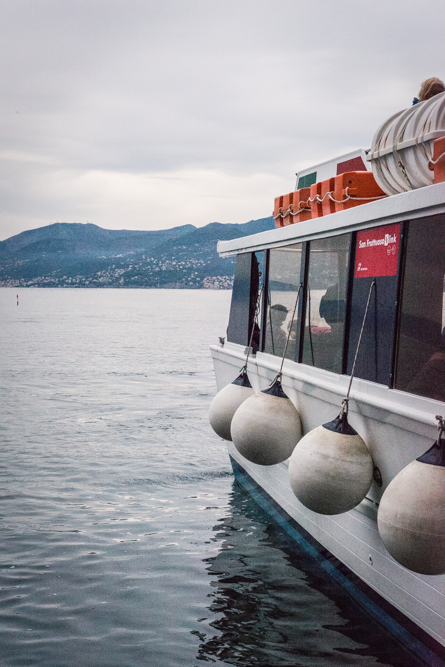 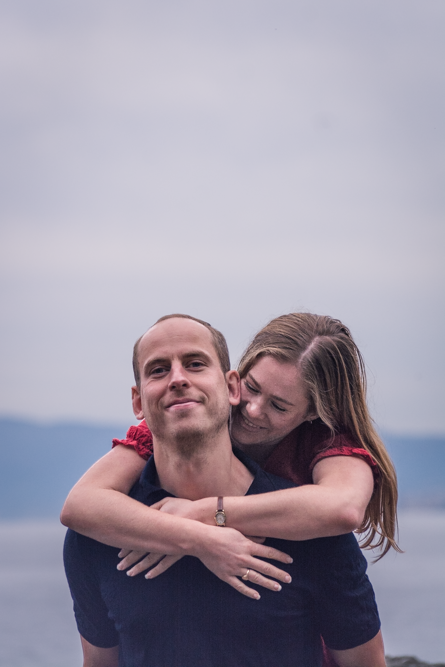 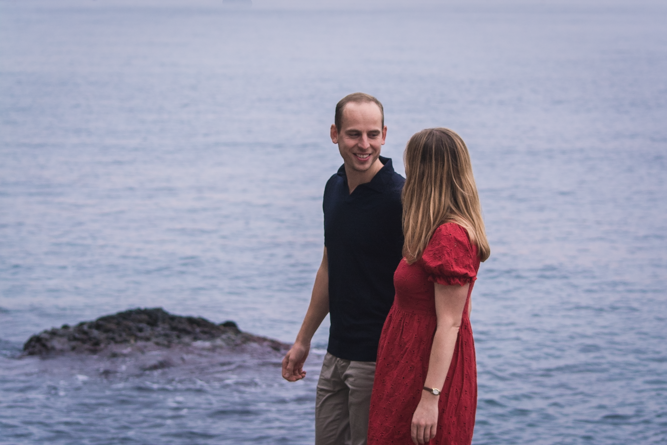 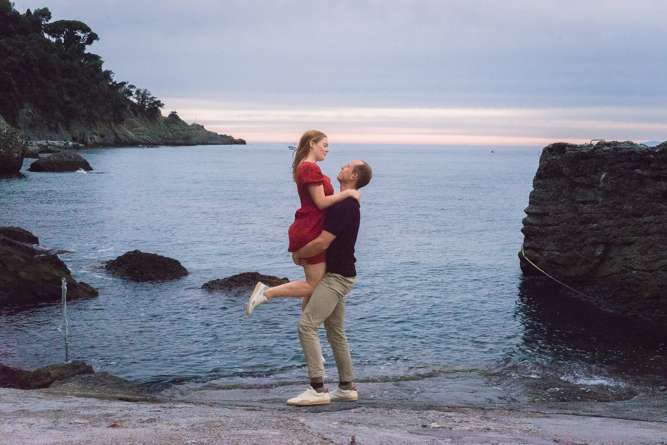 Have you heard of the Abbey of San Fruttuoso? If you haven’t lived in Liguria then probably not. The abbey is hidden in an emerald bay between Camogli and Portofino. You can only get there by boat or by a trail through the mountains. The inaccessibility of the place makes it even more magical and perfect for a day escape. Therefore I was sure from the beginning that it would make a beautiful background for Madeleine and Greg’s photos together.

How do you plan a day trip to San Fruttuoso?

As I mentioned, the abbey can only be reached by boat or on foot. The ferry leaves from the port of Camogli (Cruise Terminal) and runs between Camogli – Punta Chiappa – San Fruttuoso. You can use this company, for example. The trip takes about 30 minutes. There are also two trekking trails leading to the abbey. The first (Batterie) is very challenging and leads partly along a cliff. On the route you can see several World War II bunkers. The second (Pietre Strette) is located inland and is much easier. There are a few small bars on site but they are only open in season. So you should also think about bringing water or food with you.