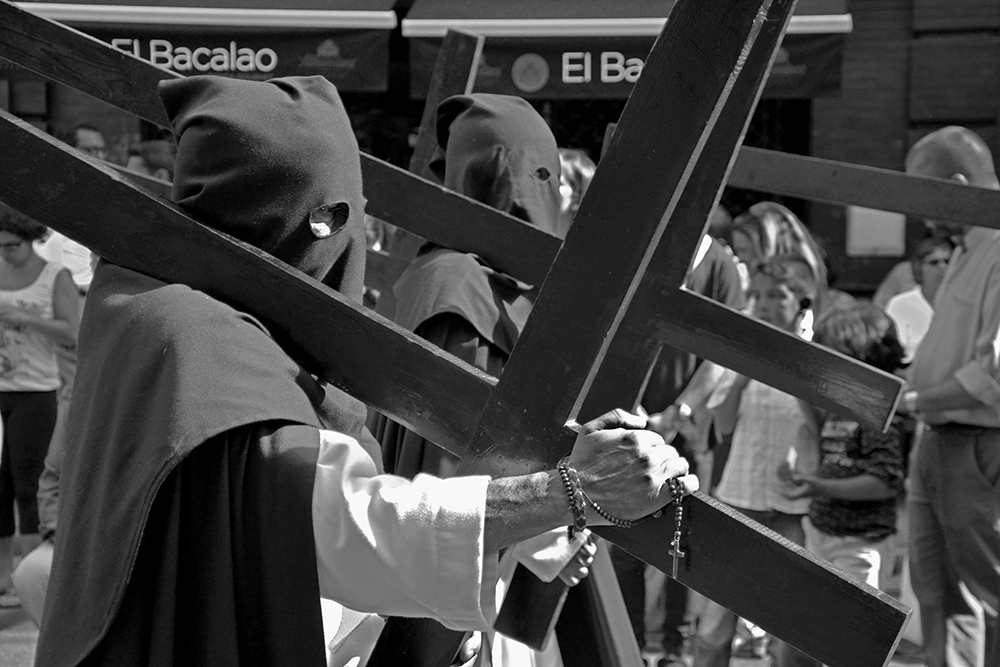 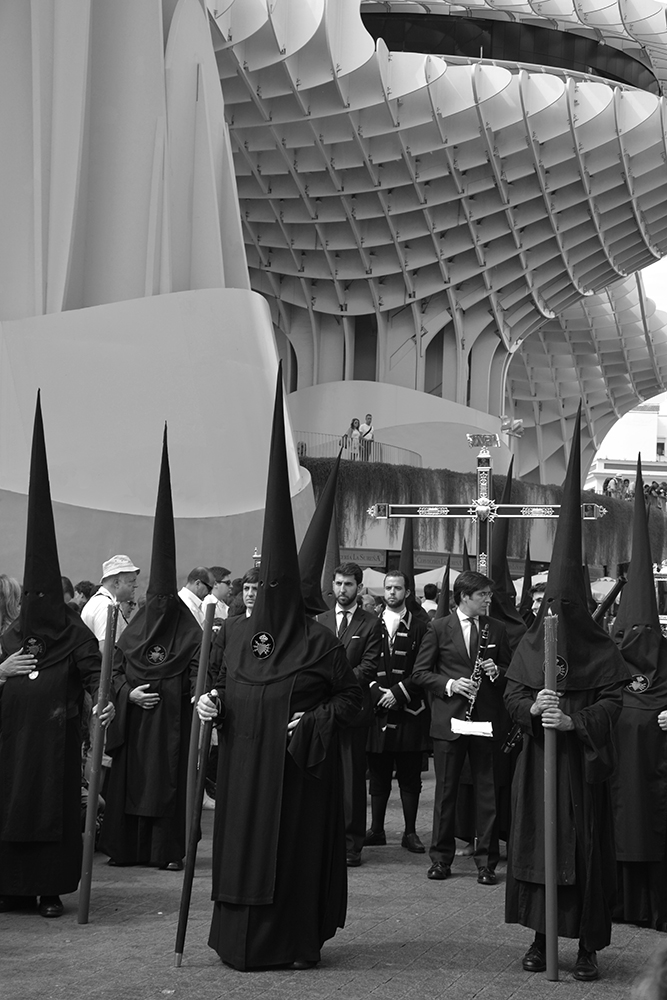 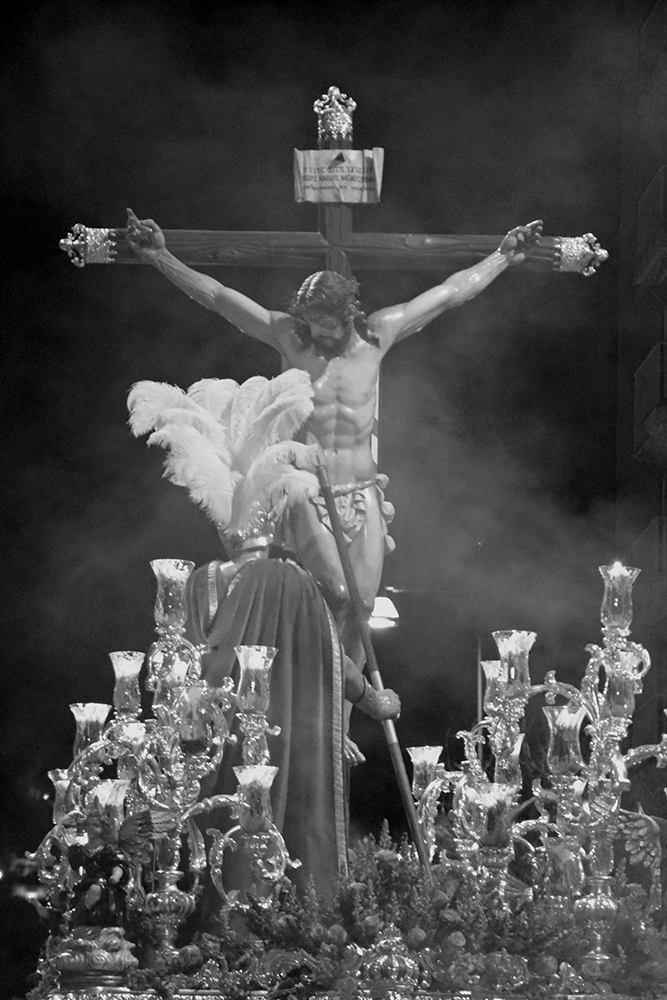 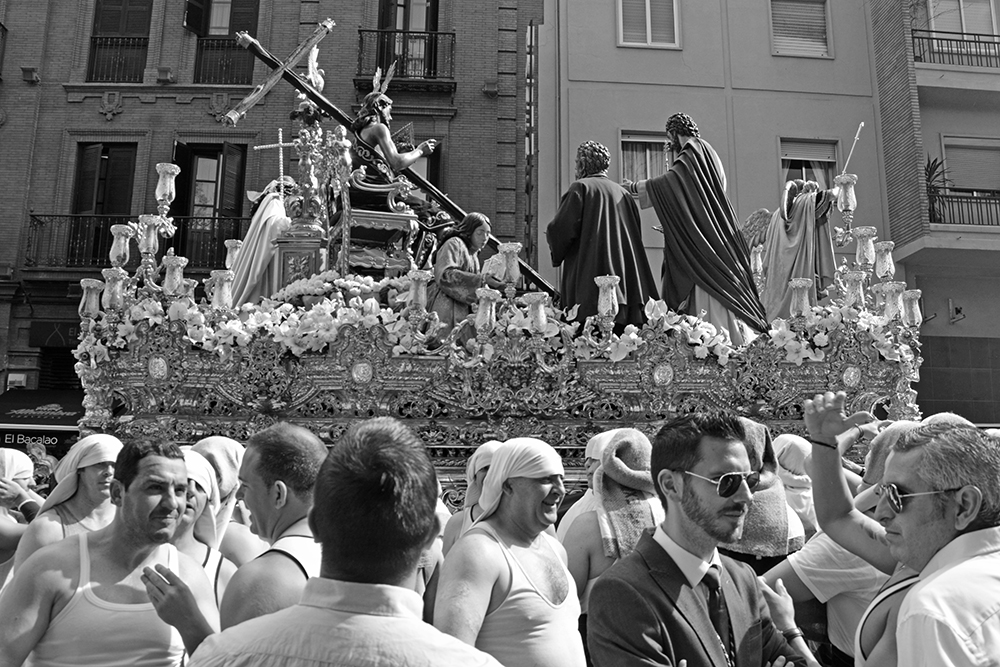 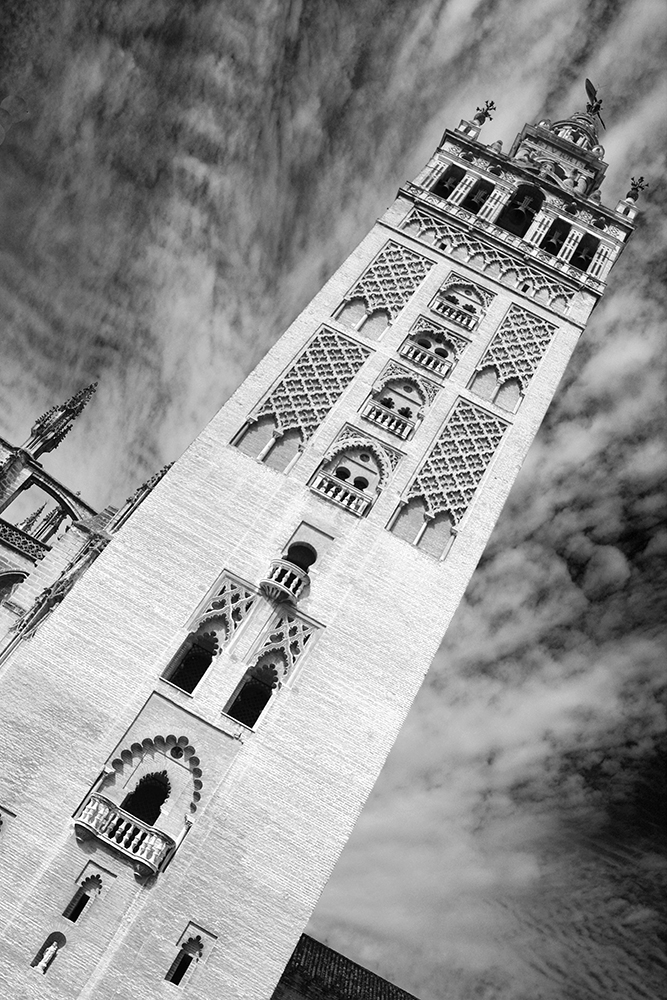 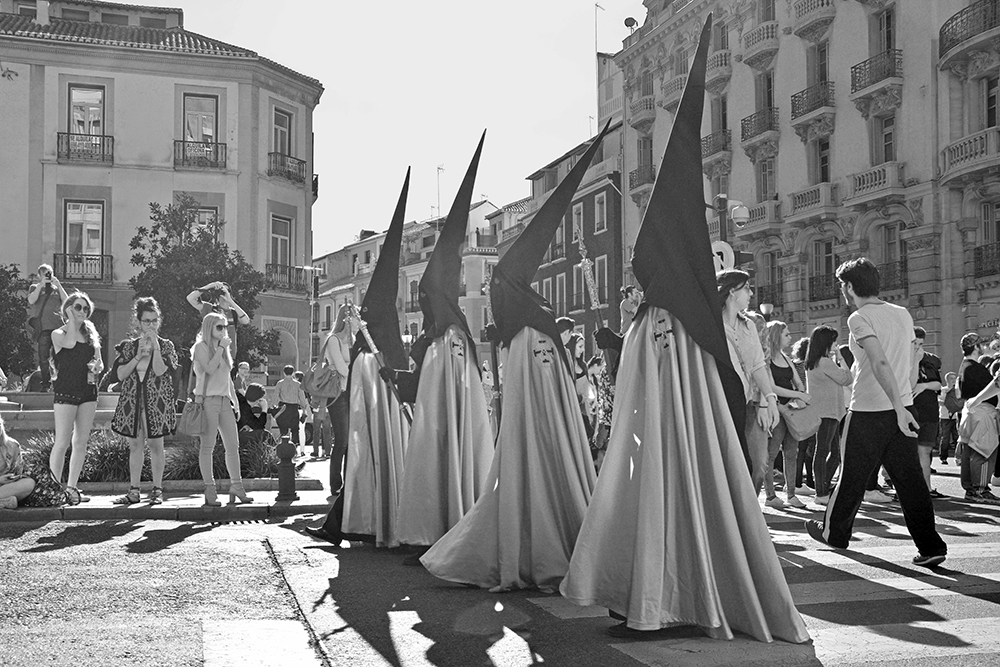 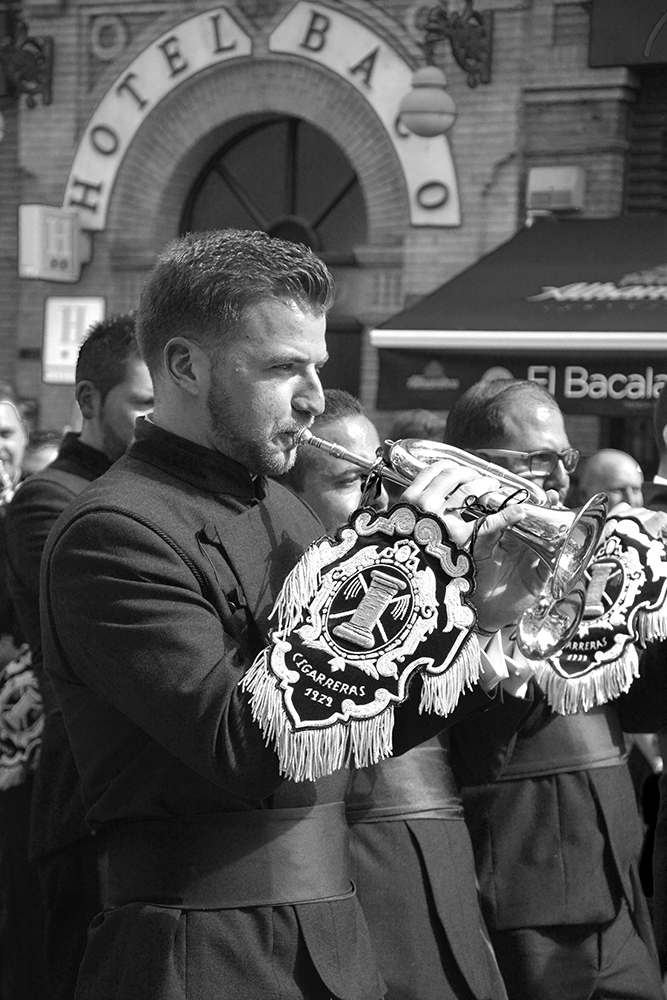 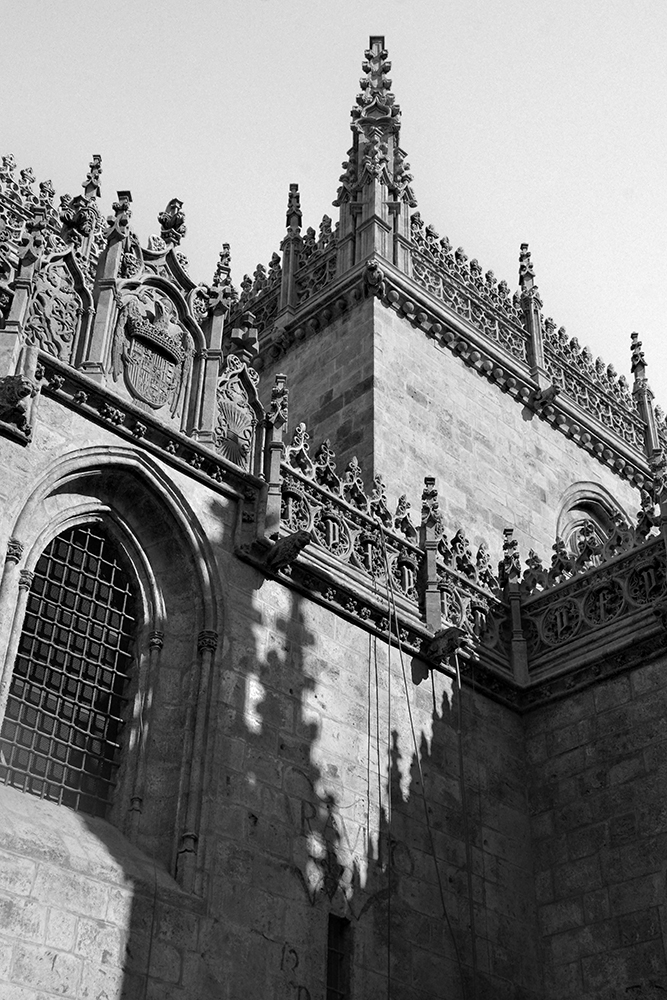 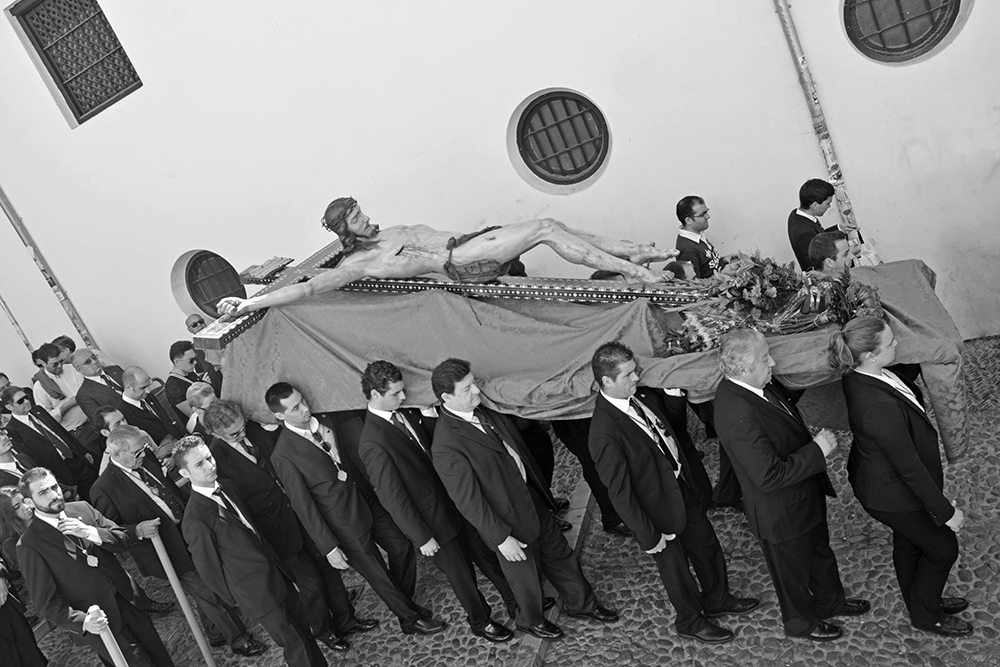 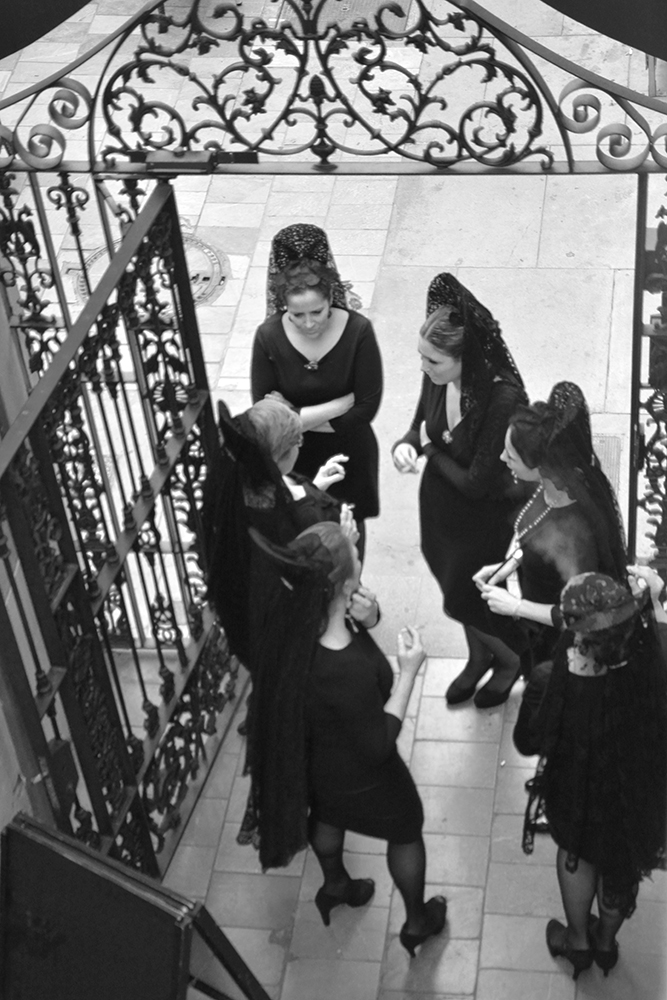 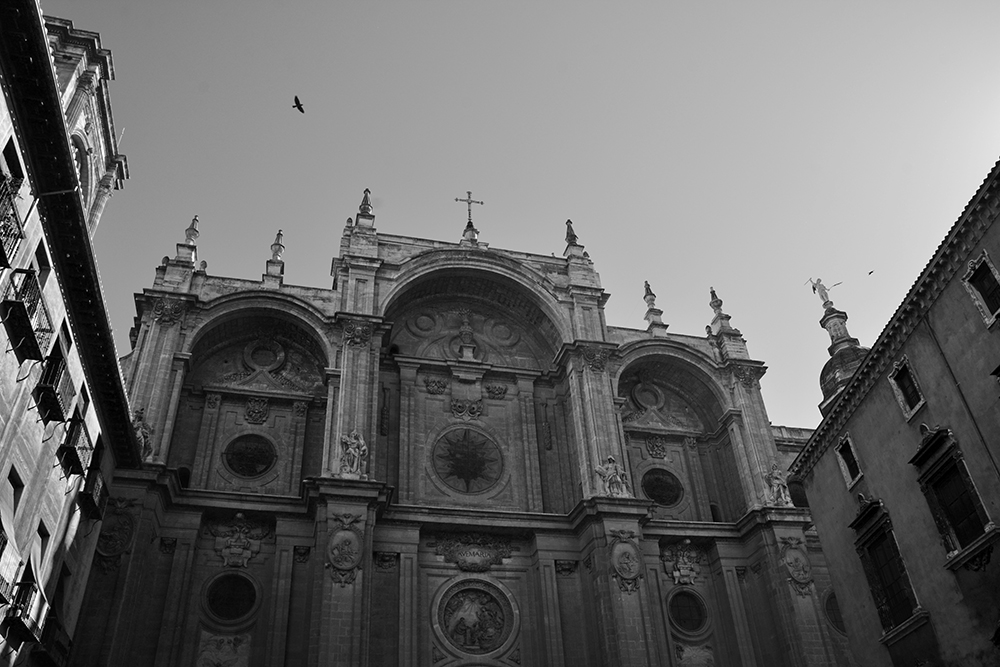 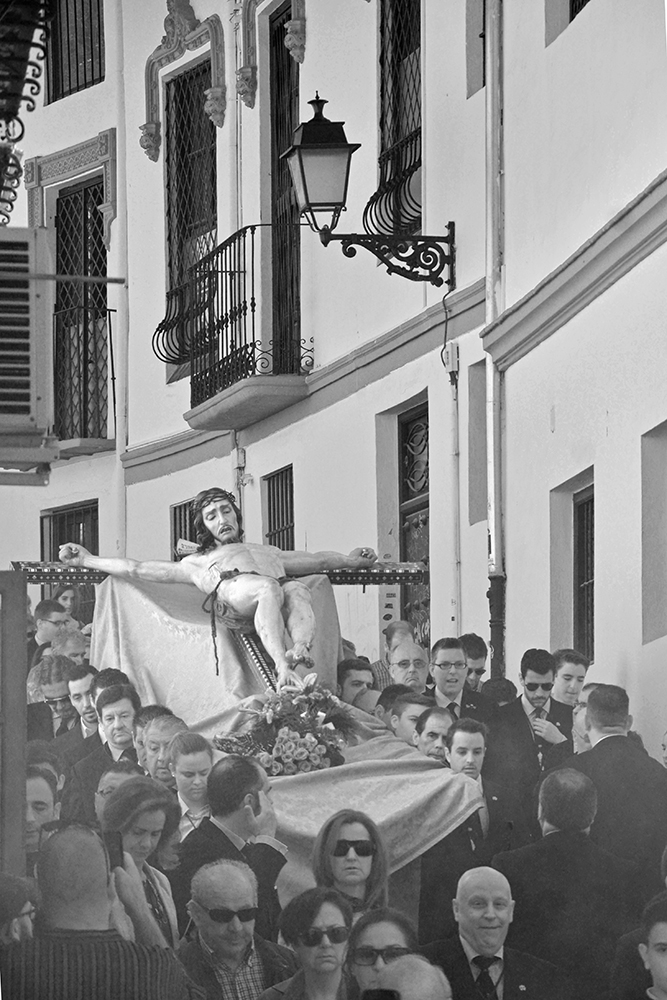 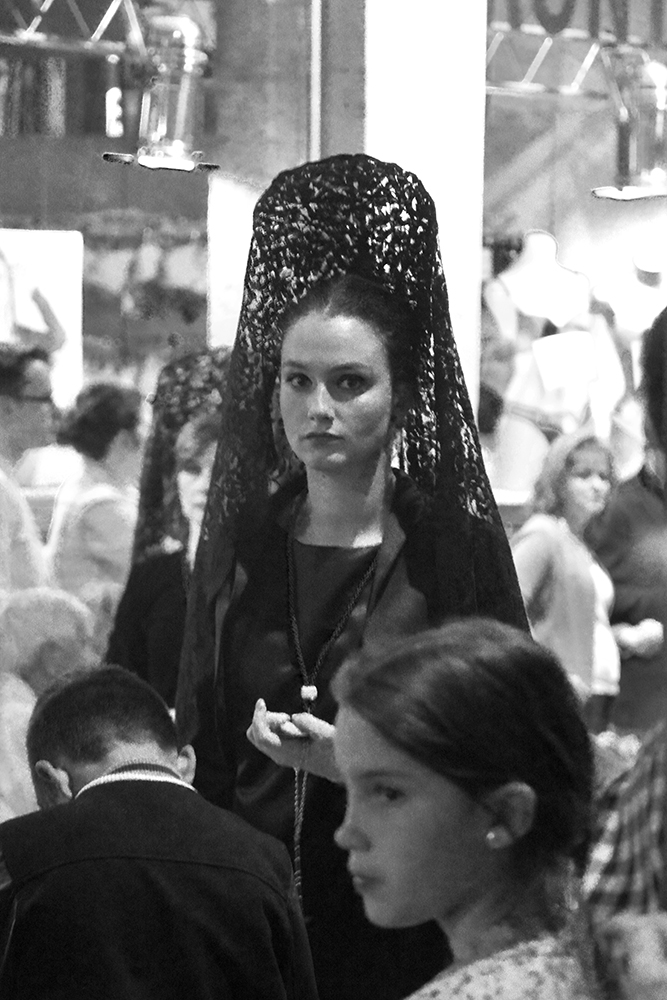 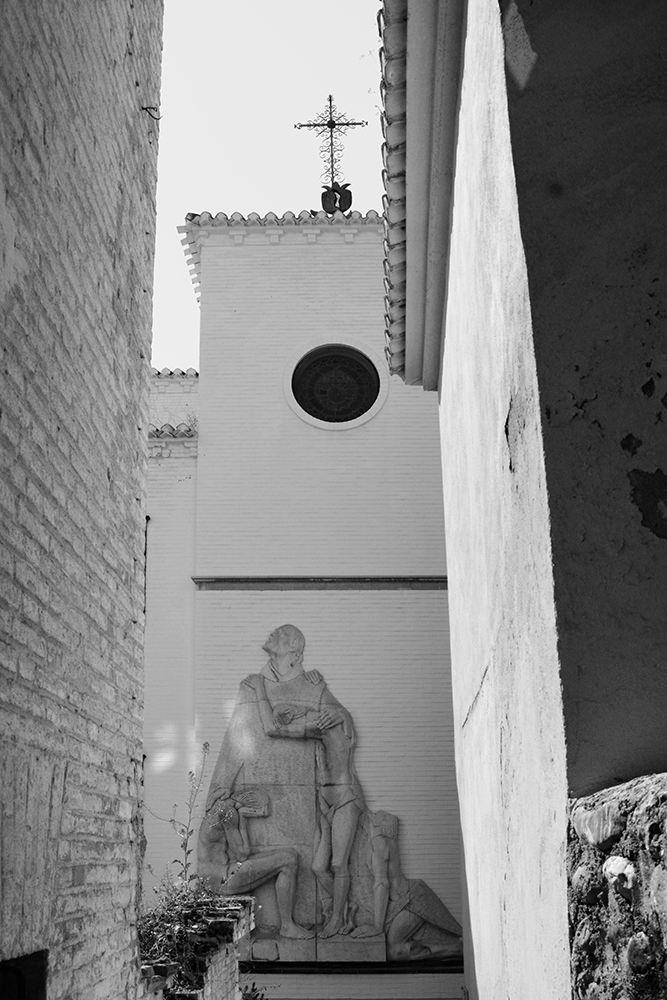 THE OUTSTANDING CELEBRATION OF SPANISH EASTER1

Celebration of the Holy Week in Spain lasts from the Palm Sunday until the Easter Sunday. The tradition of processions2 comes from the 14th century and is popularized especially in Andalucia.

The procession has a particular order. Black dressed women inaugurate march. Their veils and decorative metal or pearl crests symbolize respect for the death. A guiding cross and silent Nazarenes3 come after them. Their penitential ceremonial with characteristic peaked hoods dates back to the medieval robe of the Inquisition’s convicts. They have particular tasks: Nazarenos de Fila march next to an altar, Nazarenos de Luz carry blessed candles and Penitentes wooden crosses.  The old altar on the platform, which represents scenes from Passion. The platform weighs about 200 kg and around 50 men4 are needed to lift it up, who change at every stop. Bearers are invisible, it seems that the altar is moving on its own. A marching band follows the platform and gives rhythm to the march. The procession is followed by Nazarenes. The route is filled with citizens and tourists on streets, balconies, windows … and often in bars.

The Holy Week has impressed me. Mainly because of an omnipresent contrasts. Silent procession and sombre rhythm of drums blend into happy chatter from the bars. Costumes of the Nazarenos are scary, despite intensive colours.Penitents – Spanish beauties – are marching proudly in elegant dresses, but smoking cigarettes around the corner. Incenses are mixing with the smell of food. Crucified Jesus moves with the crowd on sun-drenched streets.The procession plays its role behind the curtain of dignity, anxiety and sublimity. It crosses lively streets in silence and disappears like a phantom. The crowd merges wit it like the Red Sea5. Still, the sound of drums stays inside the head, long after the procession is gone.

The photographs were taken in Grenada, Malaga and Sevilla in 2015.
More information on Spain’s Official Tourism website.