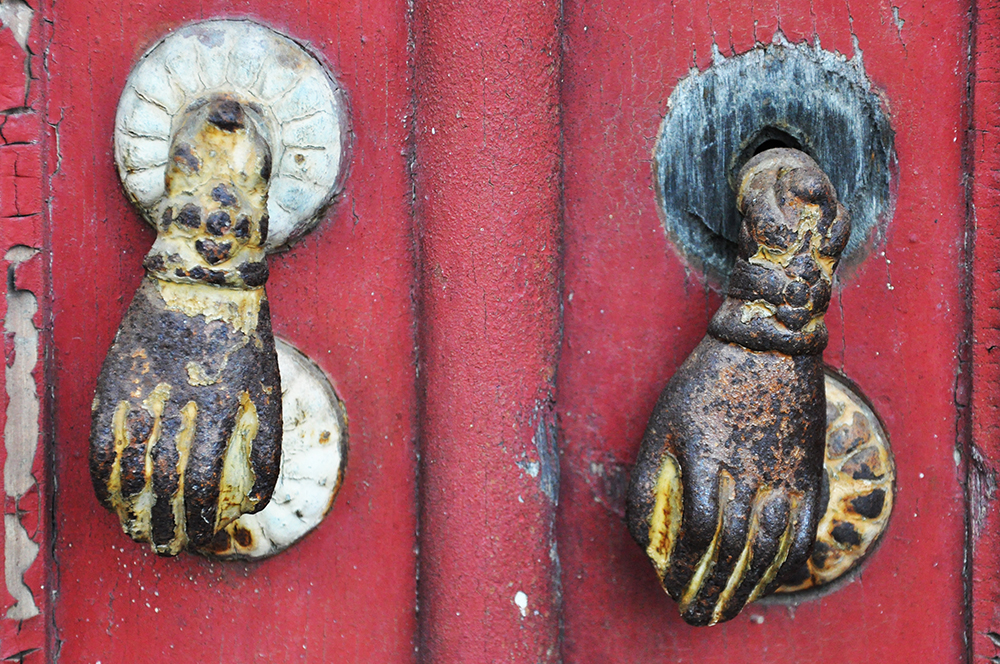 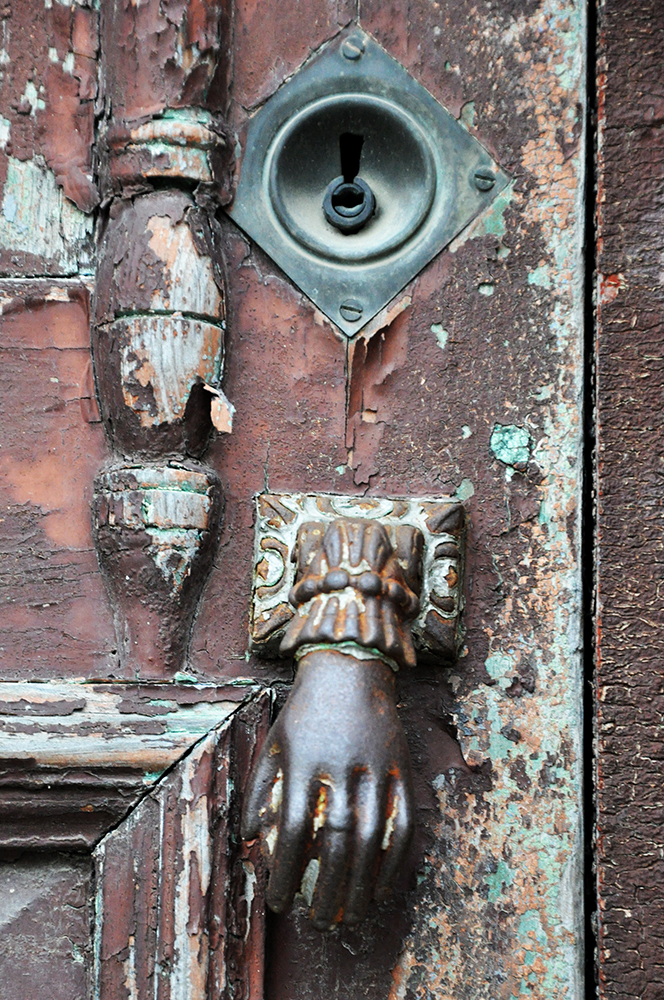 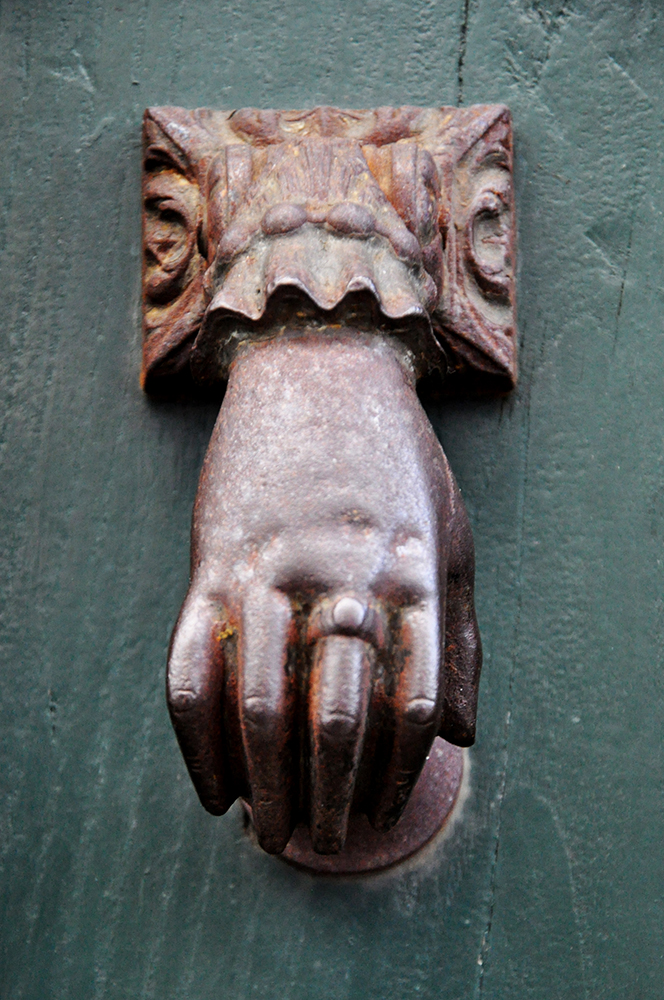 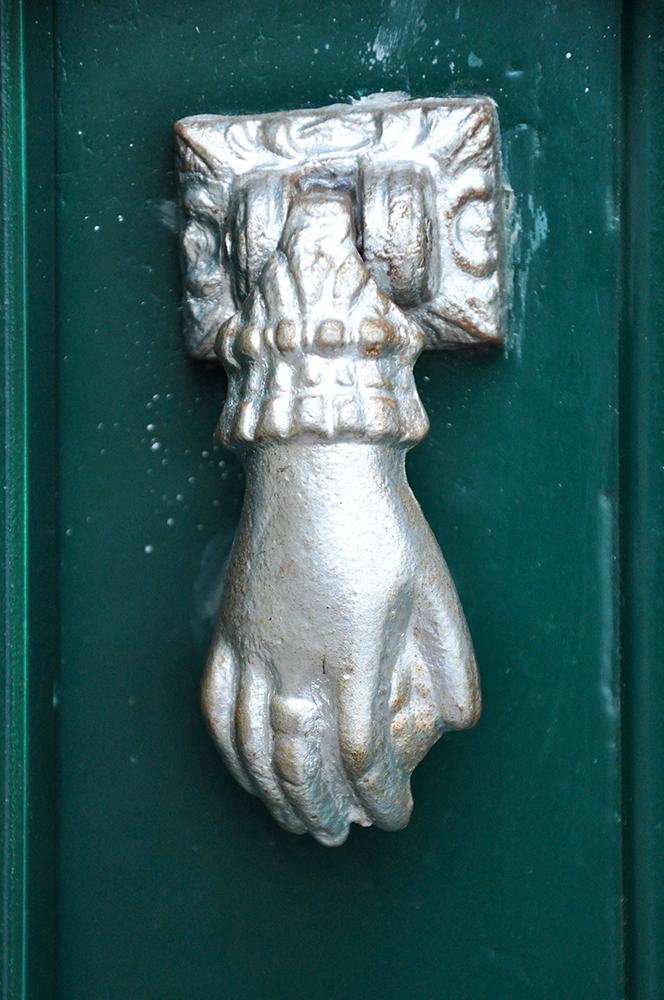 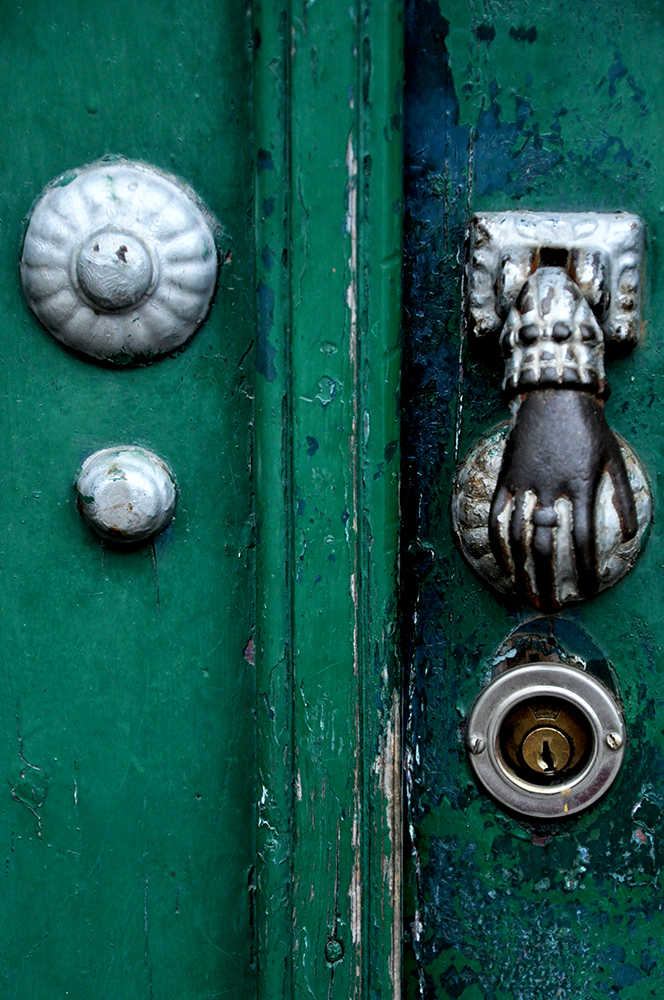 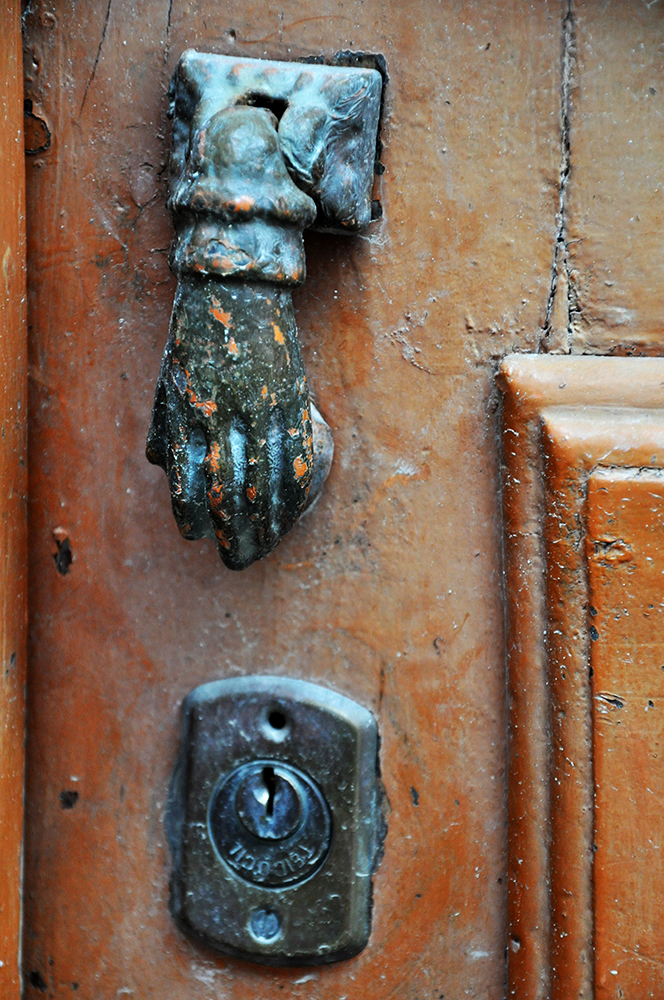 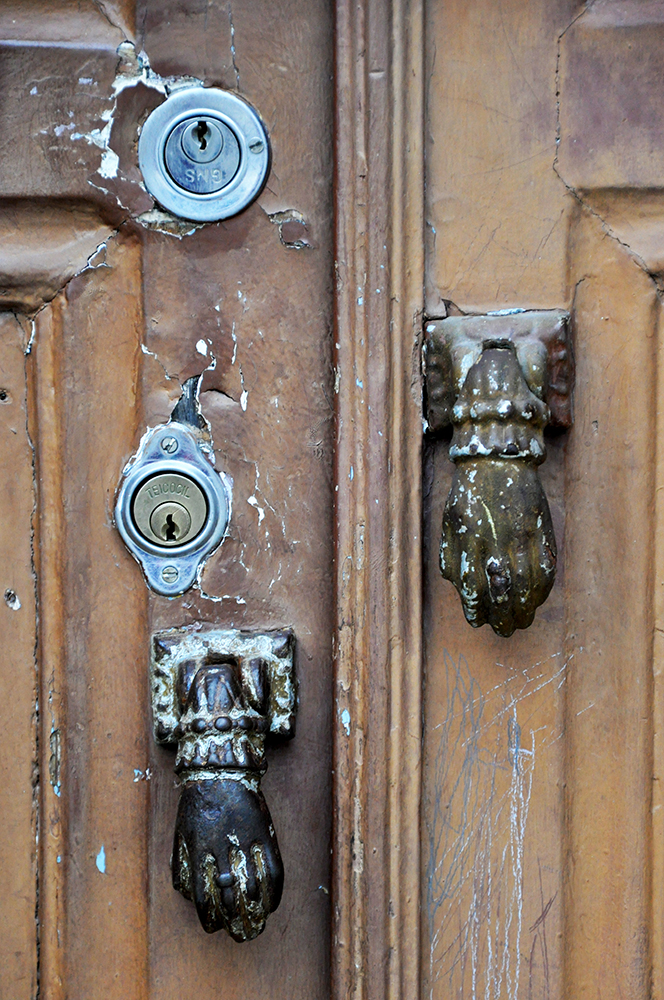 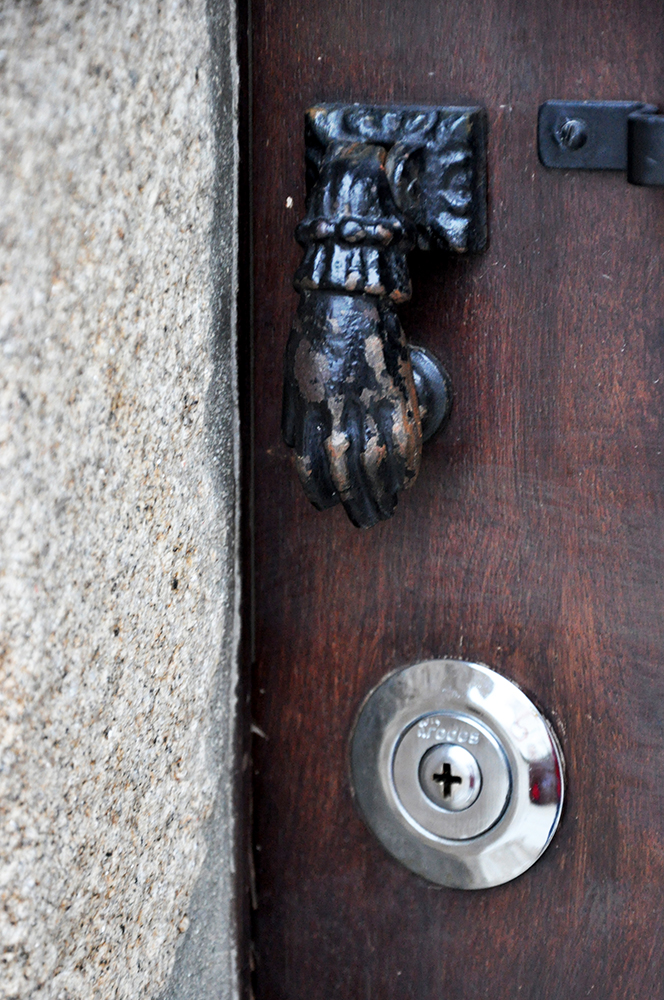 Travelling around Portugal I noticed that many doors have specific detail – hand-shaped door knockers. Firstly, I was thinking that they are just nice, old-fashioned way to welcome the quests. The visitors are able to shake hands even before seeing the host. But after some research, it transpired that this decoration has a deeper meaning and interesting history.

A form of the door knockers refers to Hamsa, known also as Fatima’s Hand. This palm-shaped amulet is present in many different religions, firstly in beliefs of ancient Mesopotamia and Egypt, then in Judaism and Islam. The word Khamsah in Arabic means “five” – number of the fingers in the hand. Hamsa protects against the evil eye, especially families and pregnant woman. That is why the symbol appears commonly not only in jewellery, but also it was used as a home decoration. Moreover, it was a sign that showed the faith of the household. According to another theory, door knockers have male and female hands’ shape. Each of them makes a different sound. Islam considers as inappropriate for a woman to open the door to a man. Consequently, a way of rattling allowed the host to recognize the gender of the guest, so the right person can welcome the visitor.

Why this simbol appears in Portugal?

Hand-shaped door knockers are very popular in European countries, which were under Moorish occupation. Similarly, the presence of Judaism on the Iberian Peninsula is very significant. For instance, in Belmonte2 still exists the Jewish community that can be considered truly Portuguese and survived all turbulence of the history.

One of my photos was chosen as a cover of the book written by historian Francisco Javier Martínez from the University of Évora in Portugal. The publication “Entangled peripheries. New contributions to the history of Portugal and Morocco.” is dedicated to the memory of Polish orientalist Prof. Eva-Maria von Kemnitz. This lucky coincidence makes me even more proud of my little part in this project.