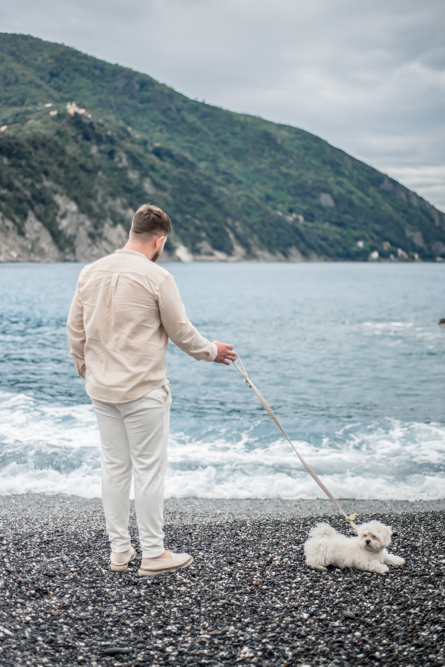 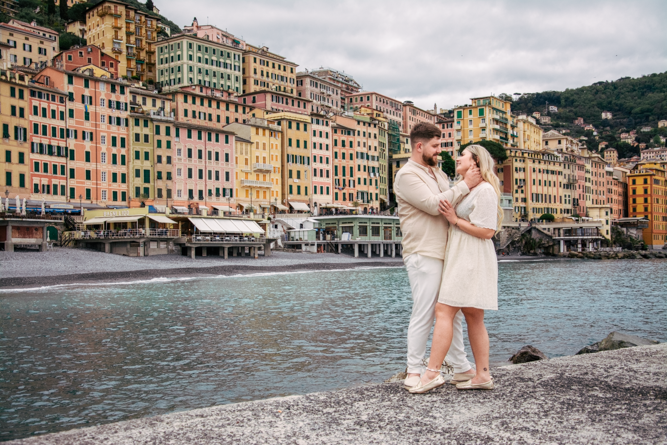 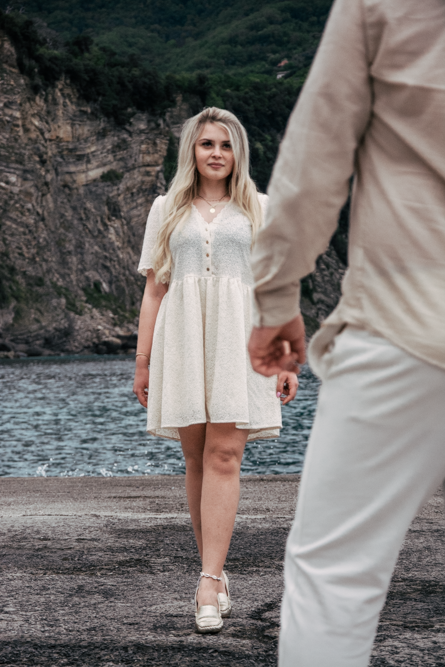 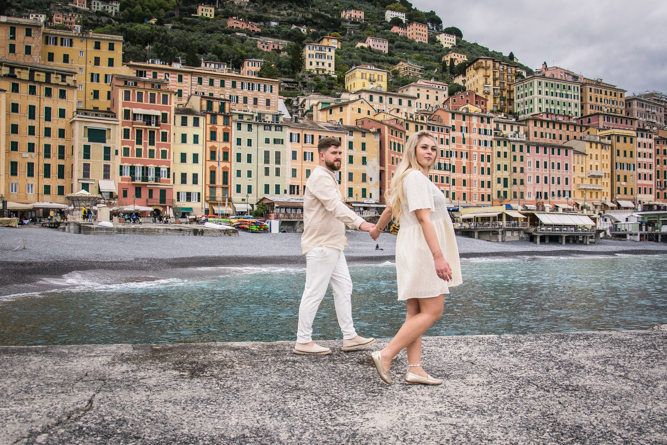 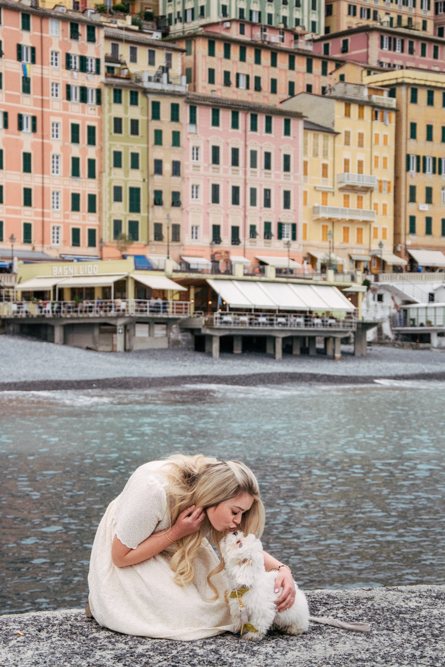 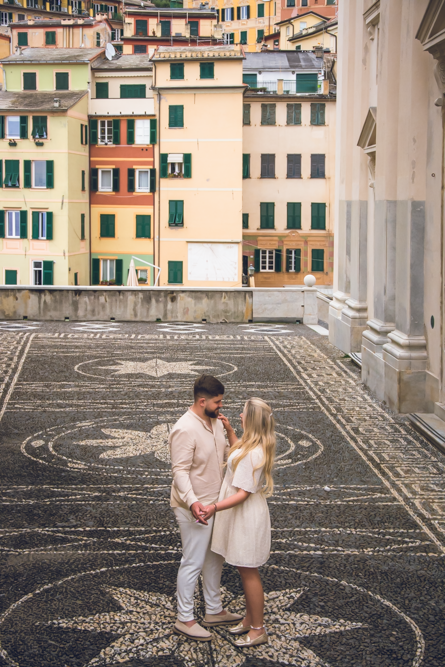 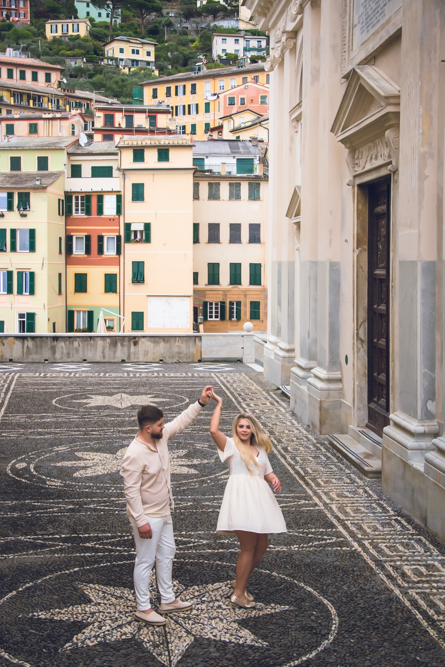 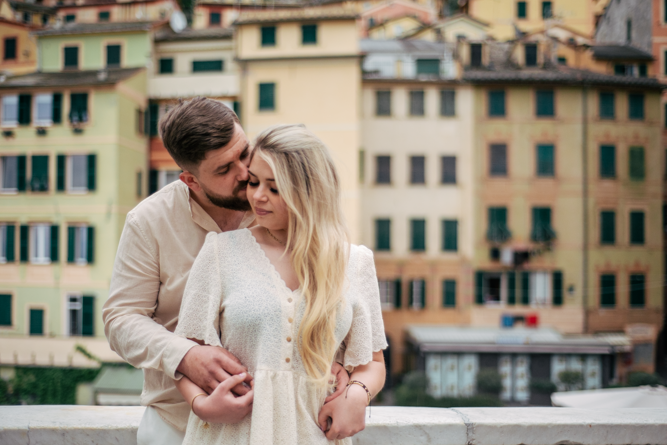 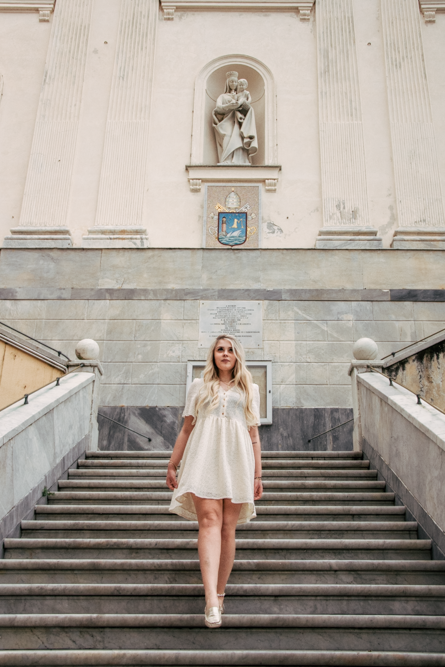 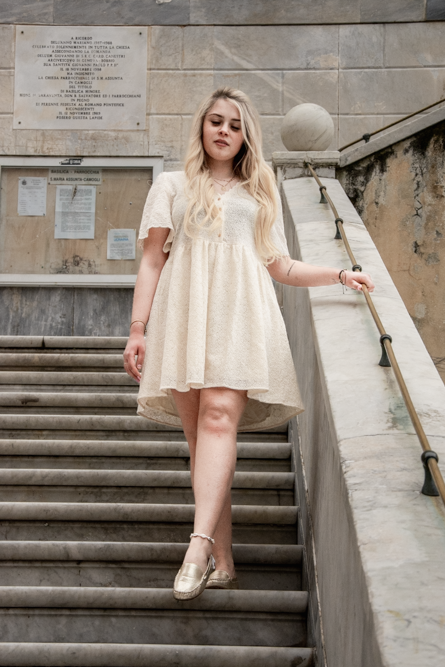 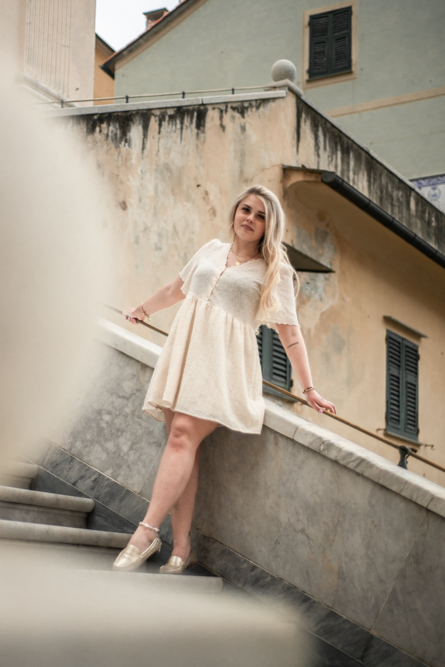 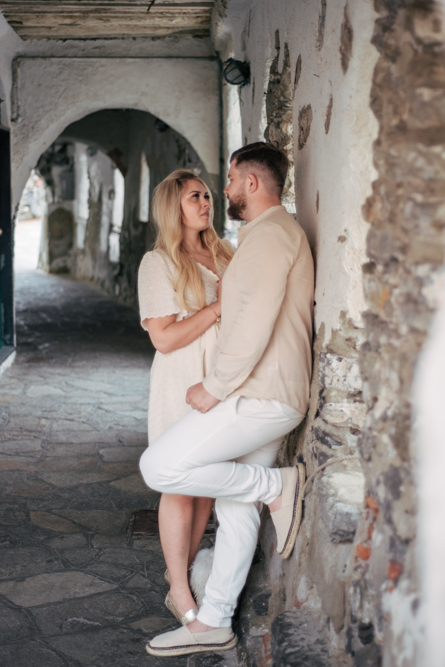 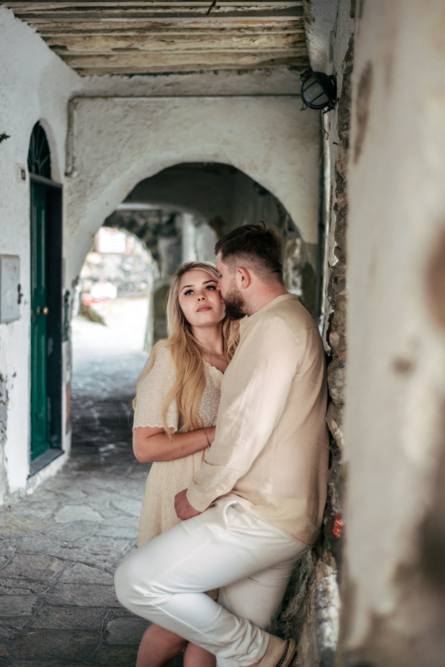 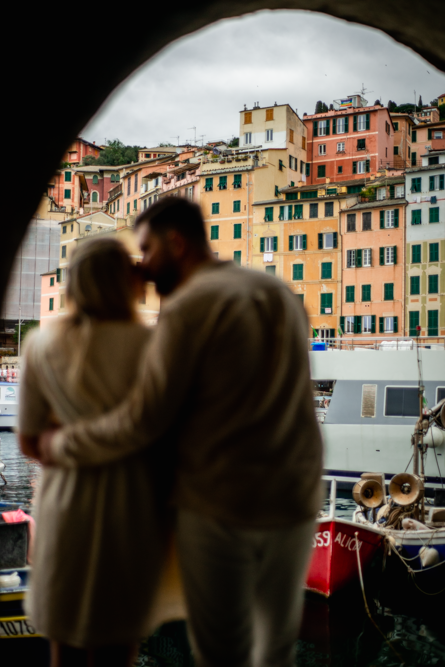 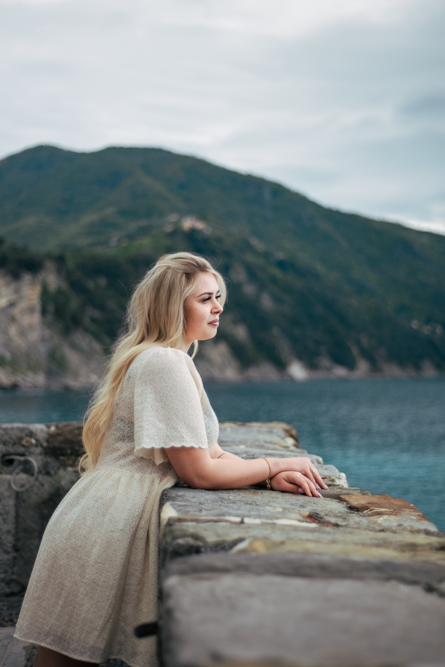 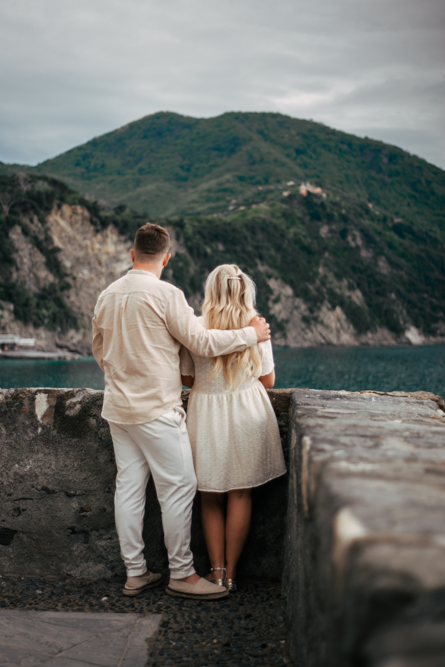 Initially, we were supposed to meet in Milan. After the conversation, Klaudia, Mateusz and little Fado changed their minds and decided to come to Liguria. Were you surprised by such a decision? Milan is a stunning city. However, you will not find there narrow streets with colorful houses. In the spring they are still quite empty, so it allows you to pose freely. There is no sea, which is enchanting, regardless of the weather and creates a beautiful background for photos. The atmosphere is a little nostalgic and a little electrifying, with the promise of sunshine and summer. All this is definitely favorable for romantic shots.

We chose two locations. Photos from the first day in Boccadasse can be seen here. While the next day, despite the uncertain weather, we had a photo shoot in Camogli. In my opinion, it is one of the most beautiful towns of the eastern Ligurian riviera.  Why? The colorful houses are lined up in a row right on the beachfront. But the first contact with the sea is the church built by the cliff and the small fortress of defense. There is no shortage of charming narrow streets. And a small, hidden harbor full of boats invites you to sail out to sea. The name of the town has a very romantic origin. Sailors going to sea would leave their wives in a common house – Casa de moglie, which literally means “wife’s house” in Italian.