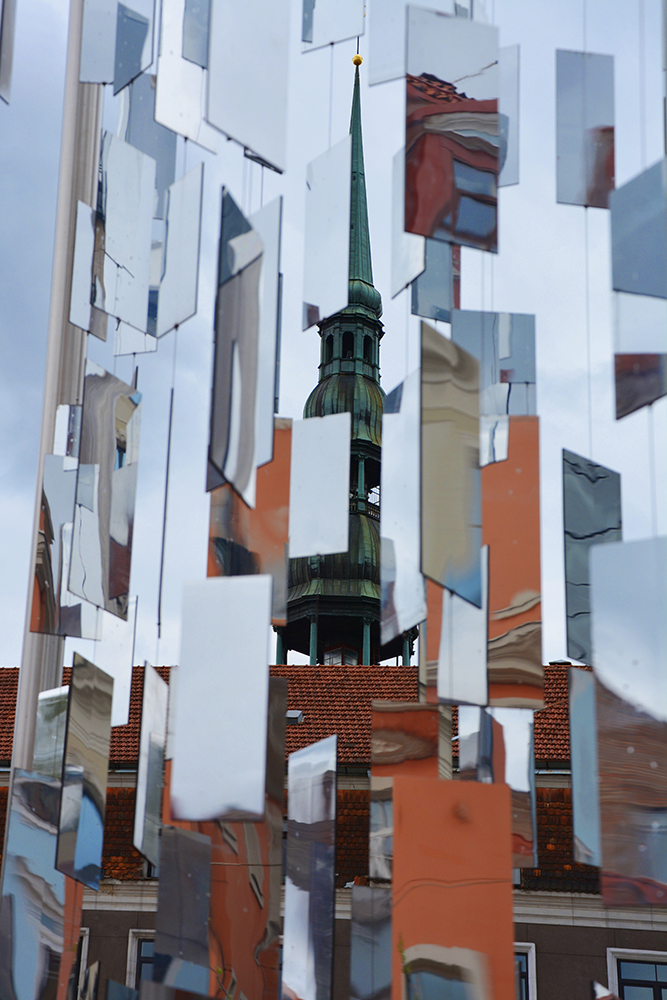 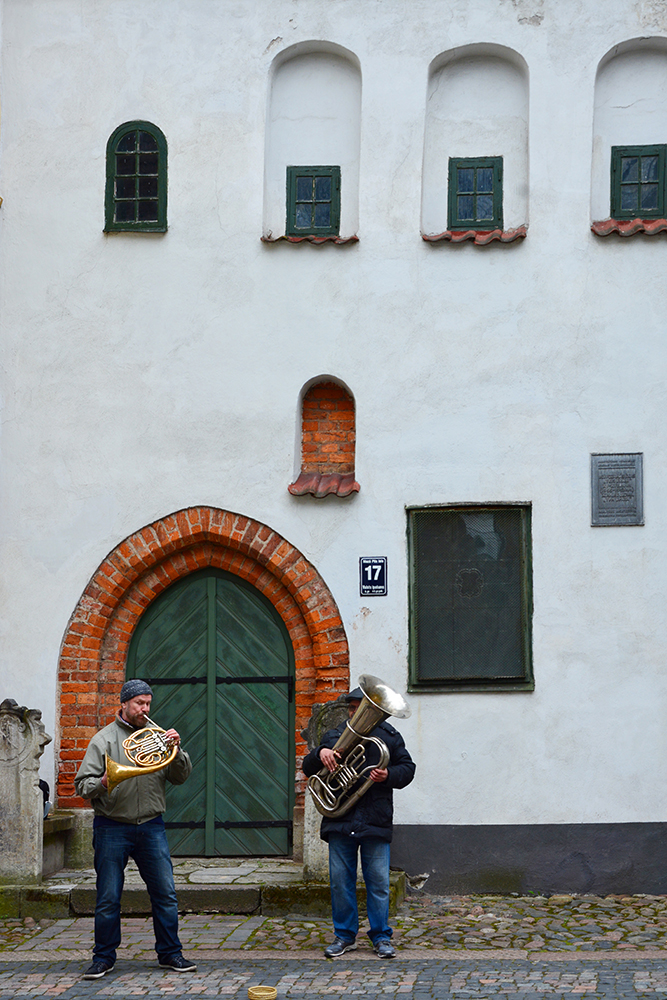 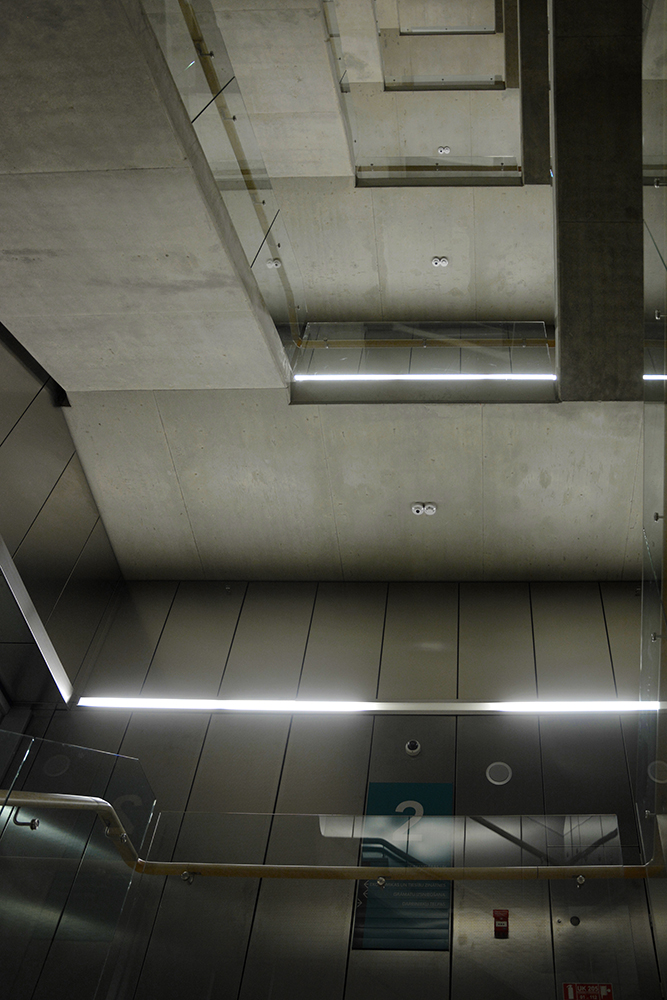 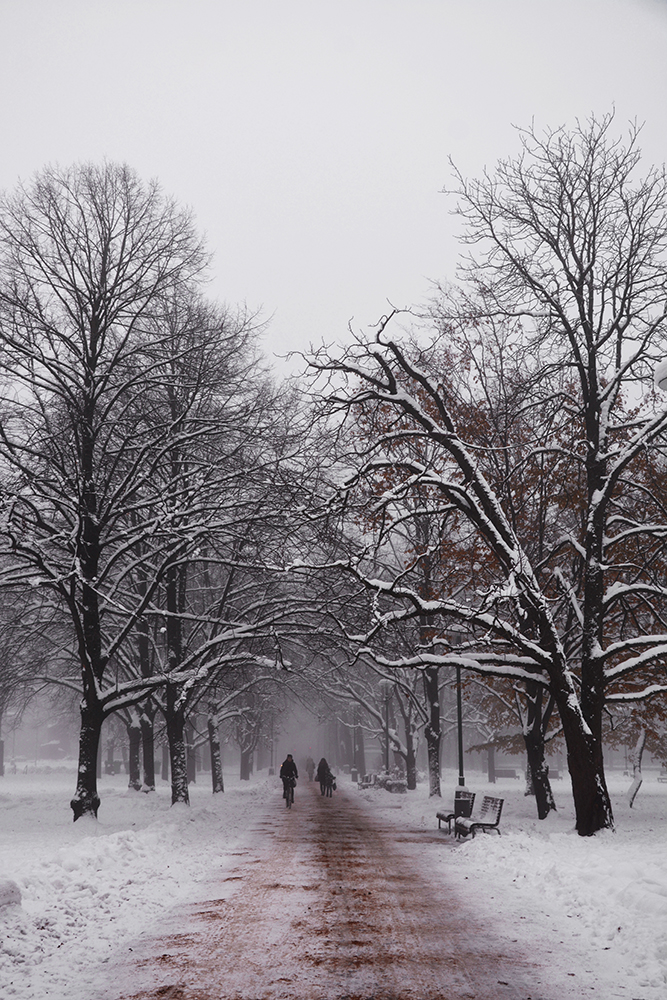 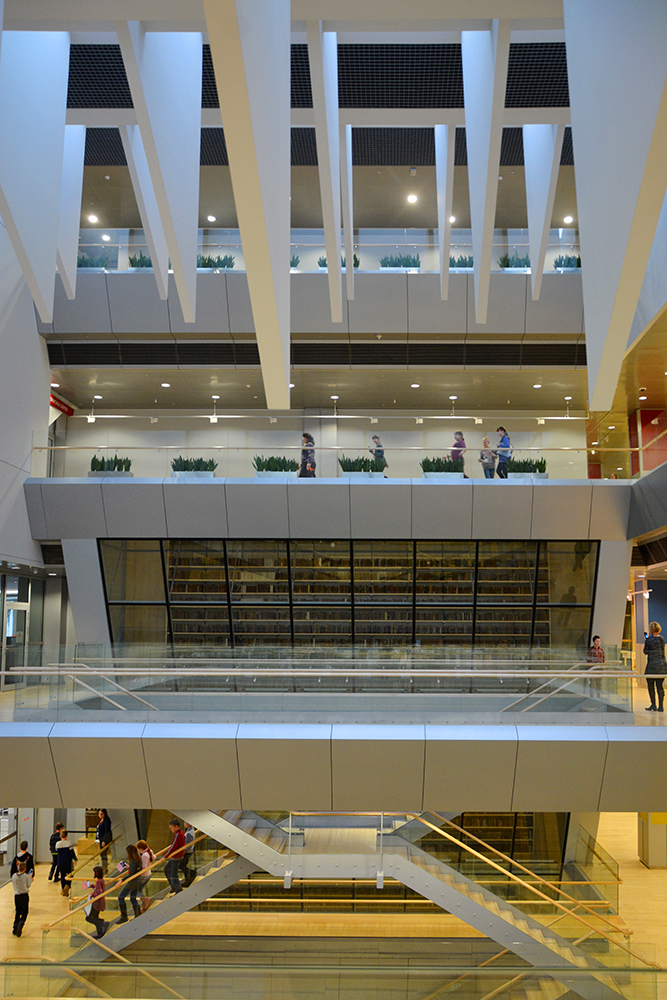 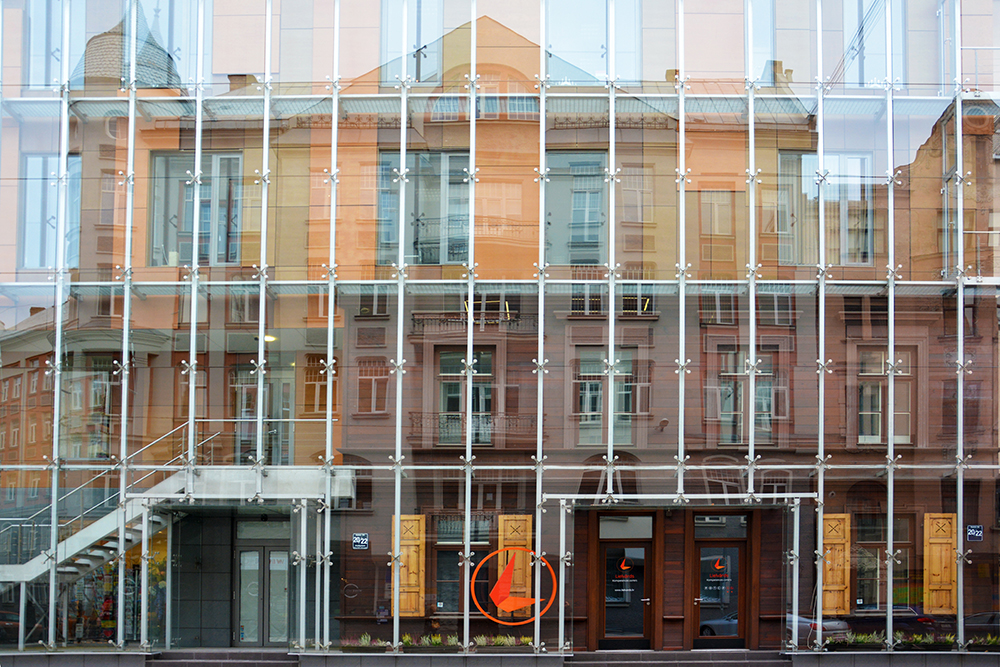 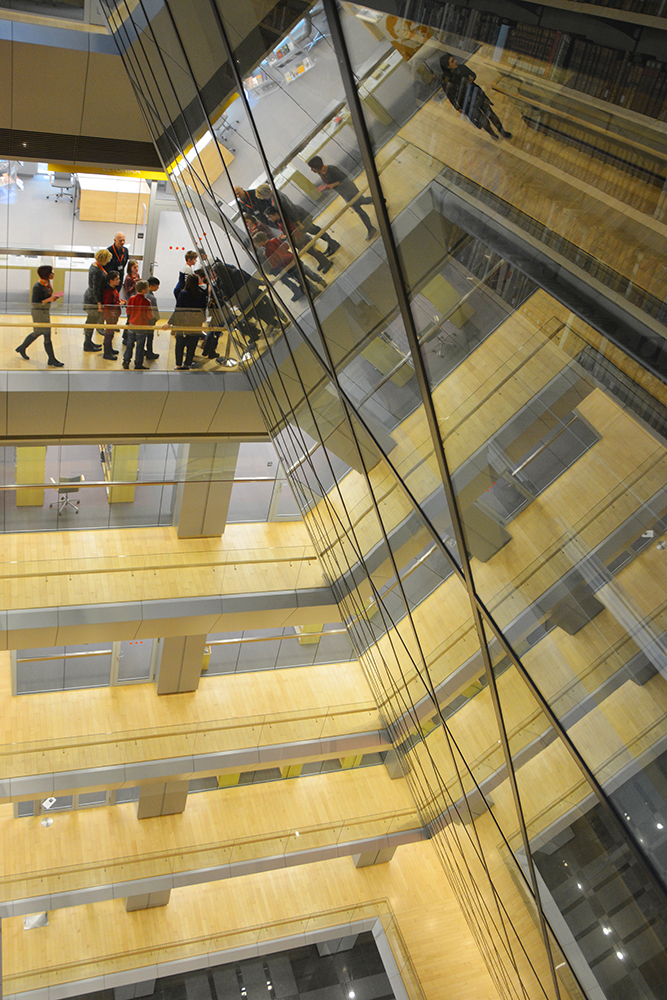 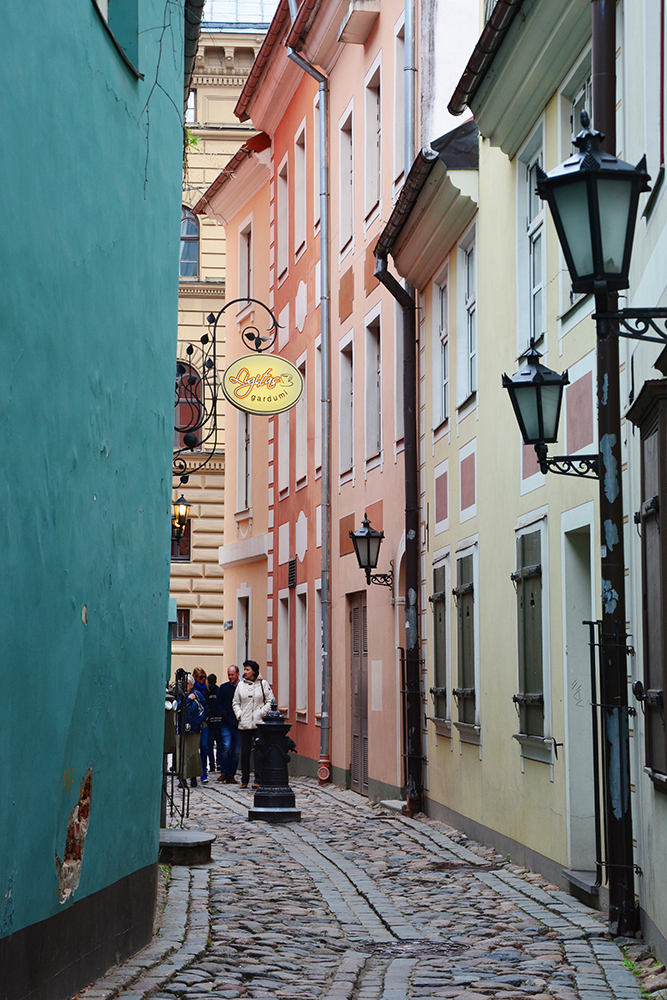 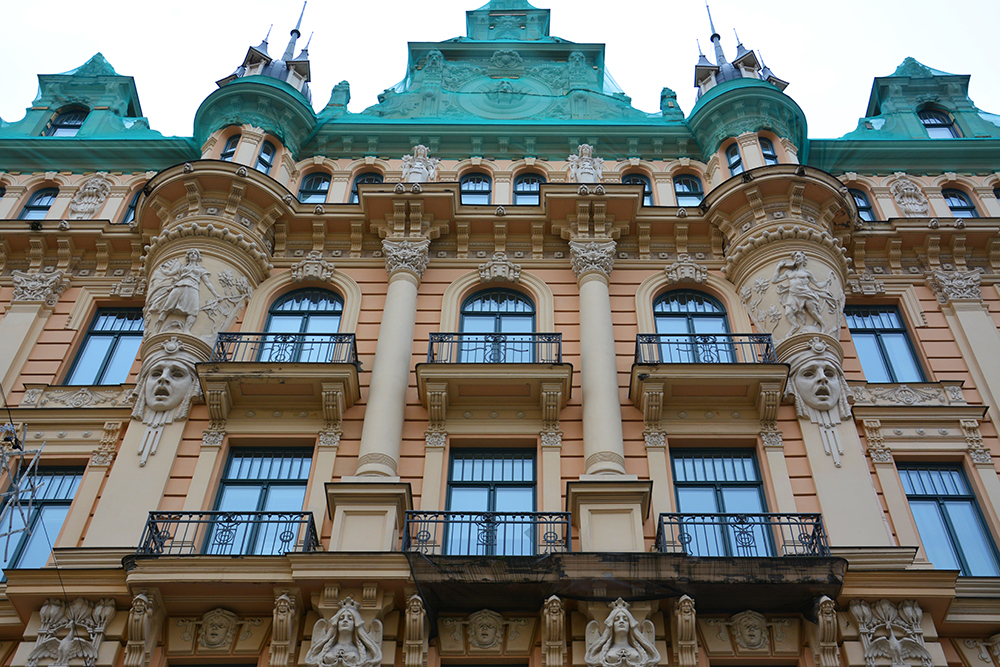 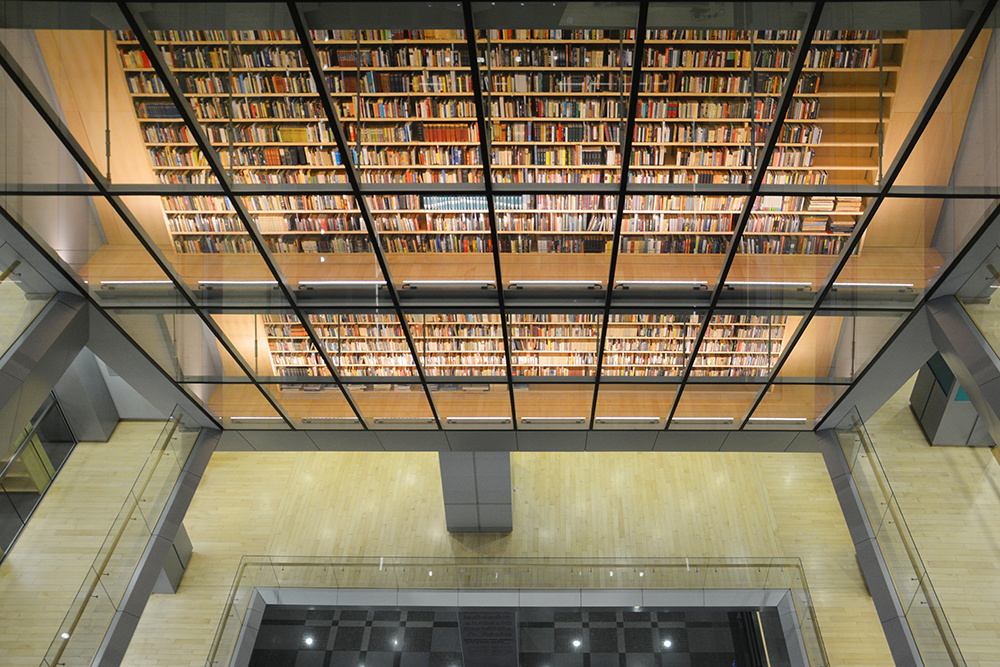 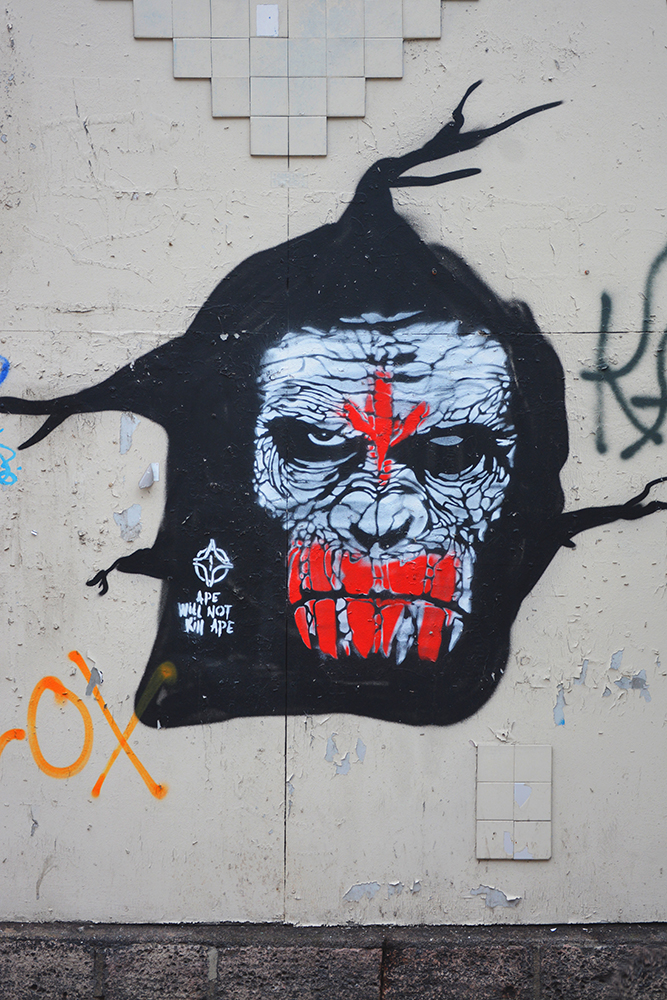 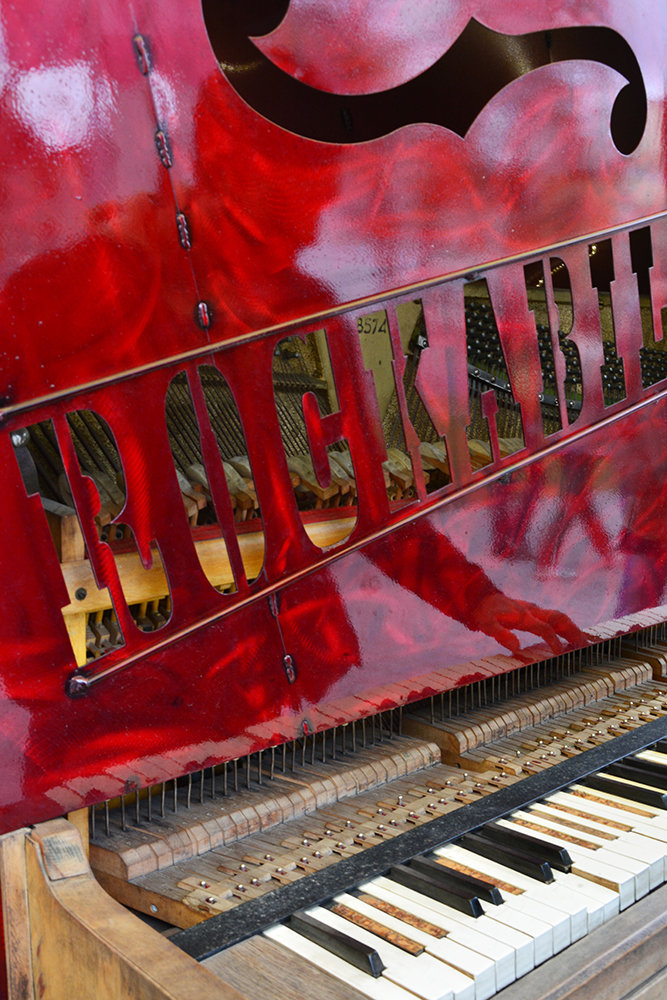 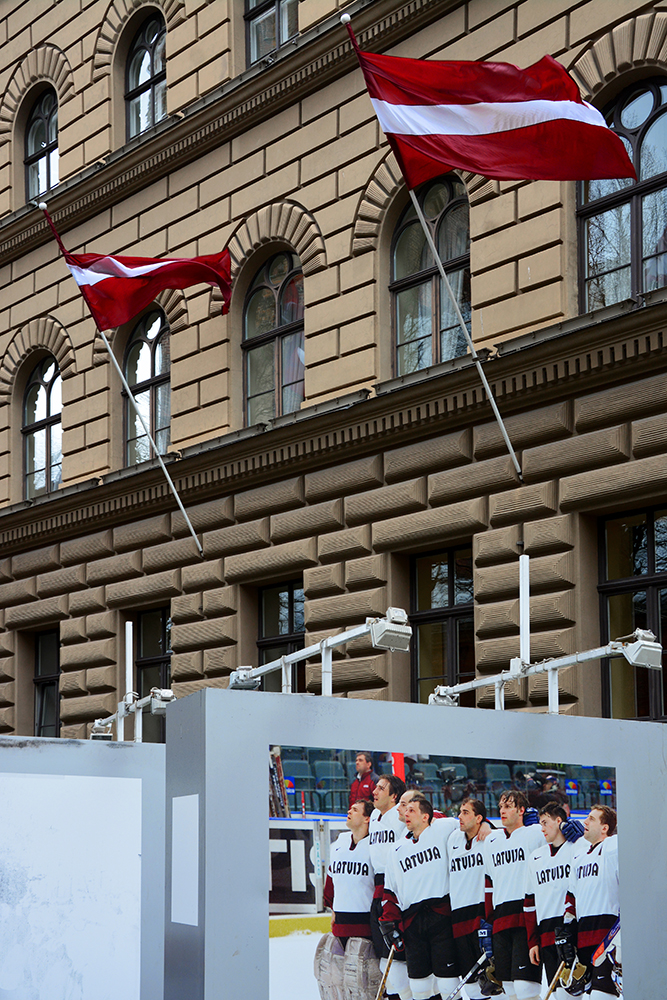 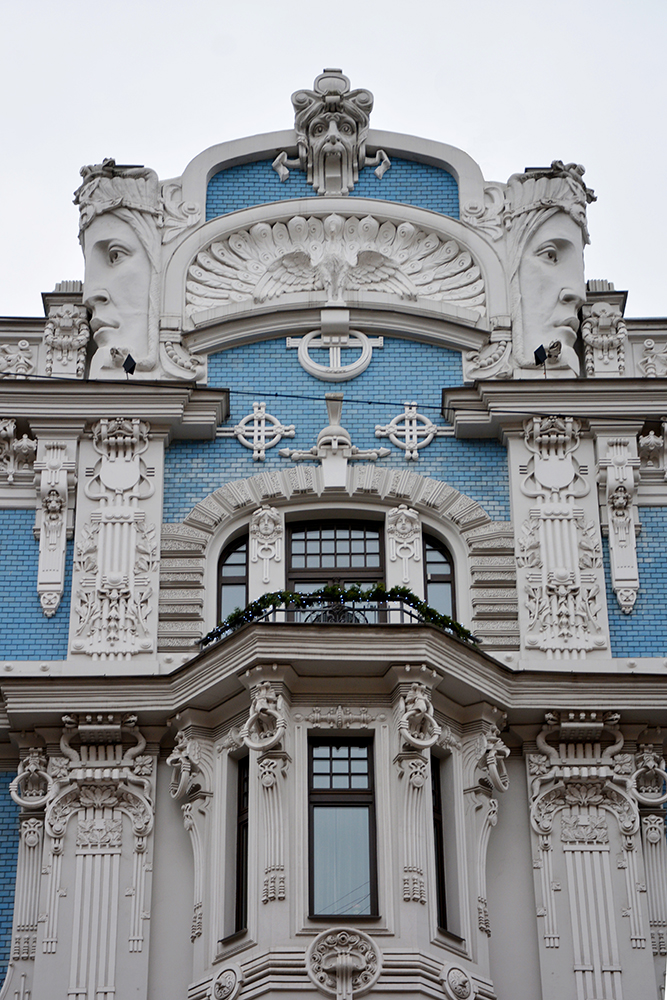 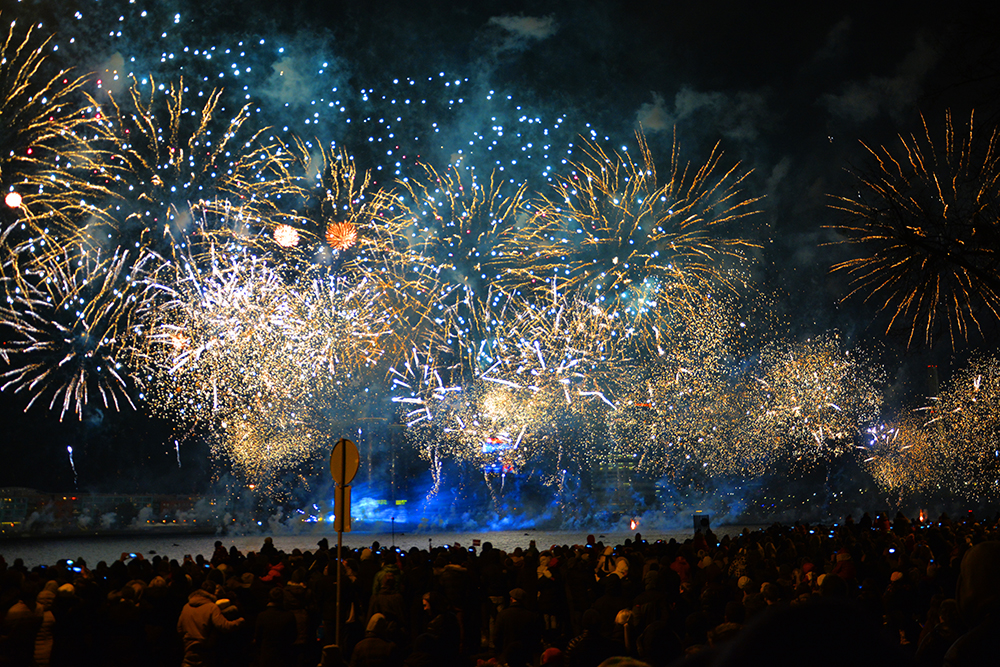 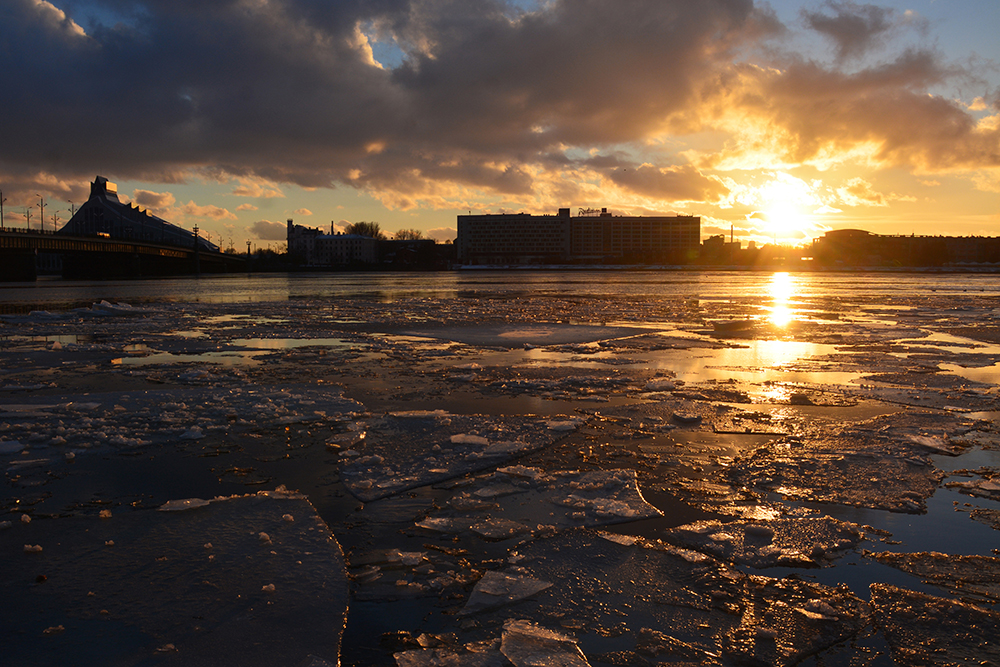 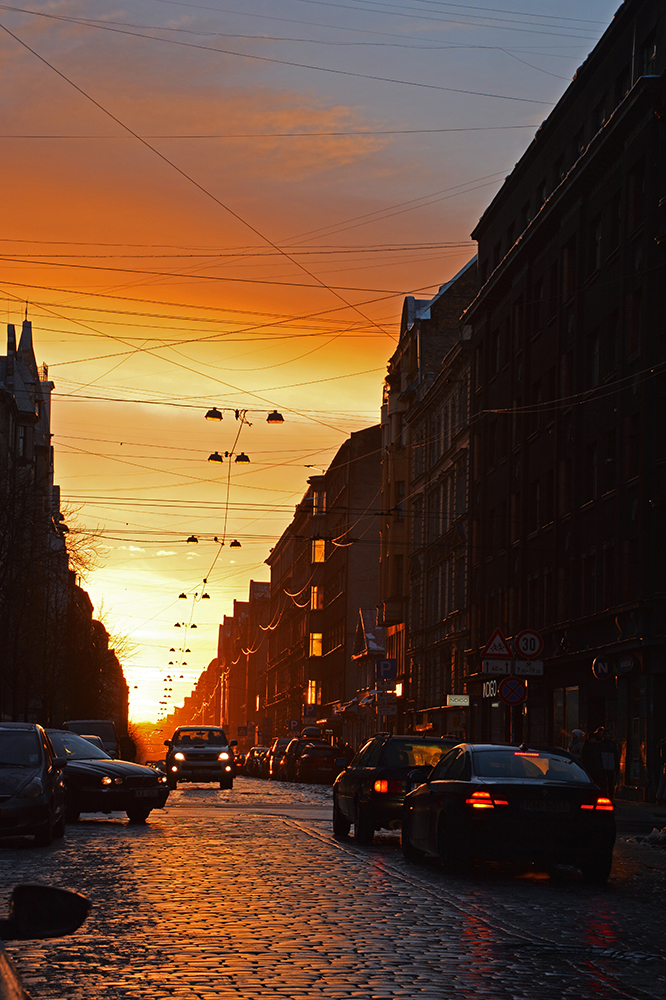 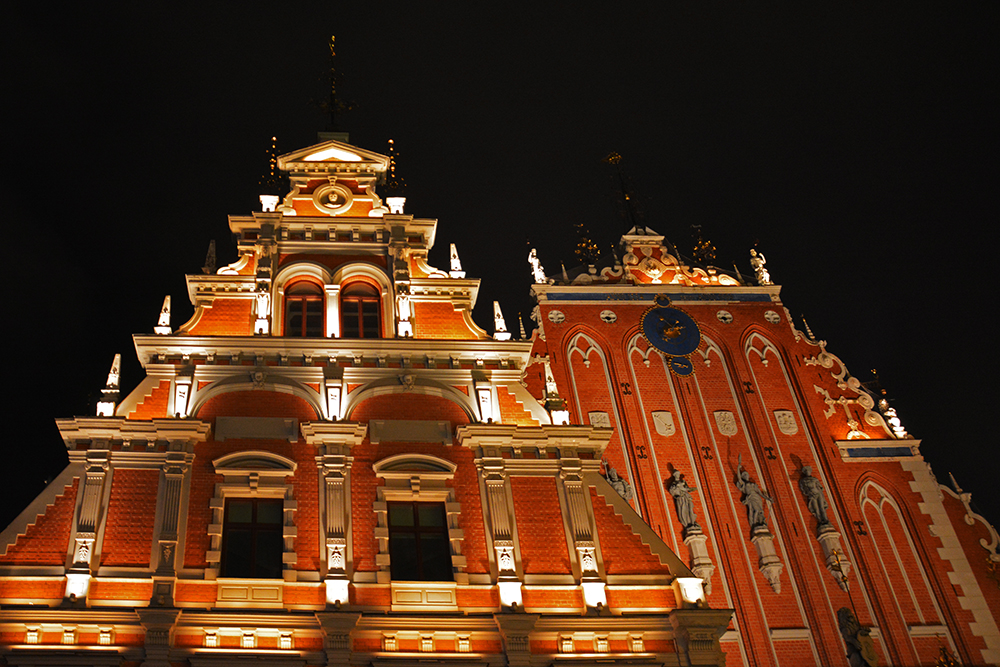 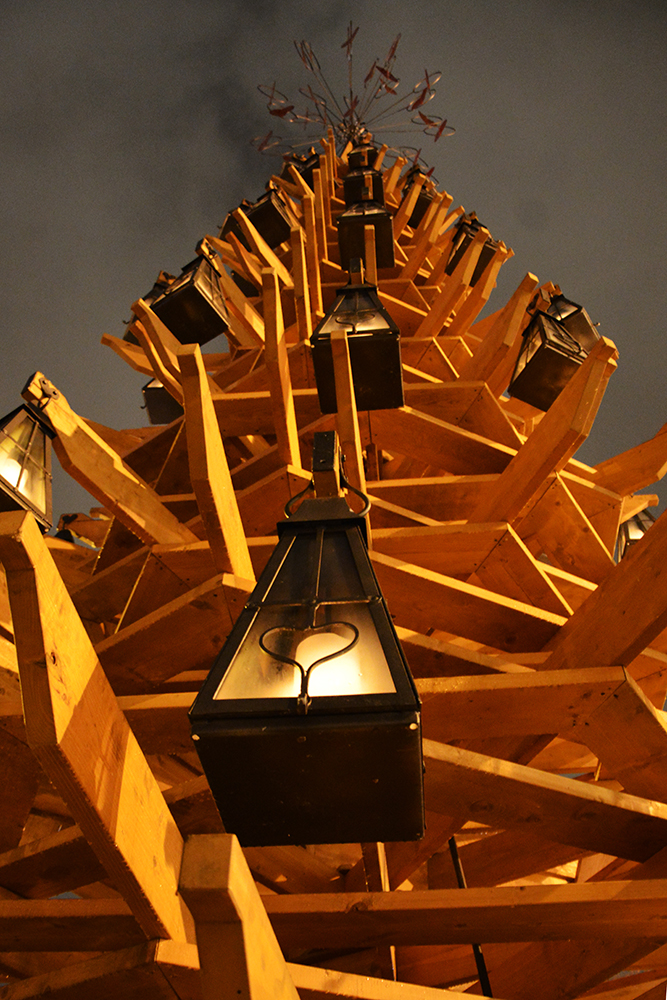 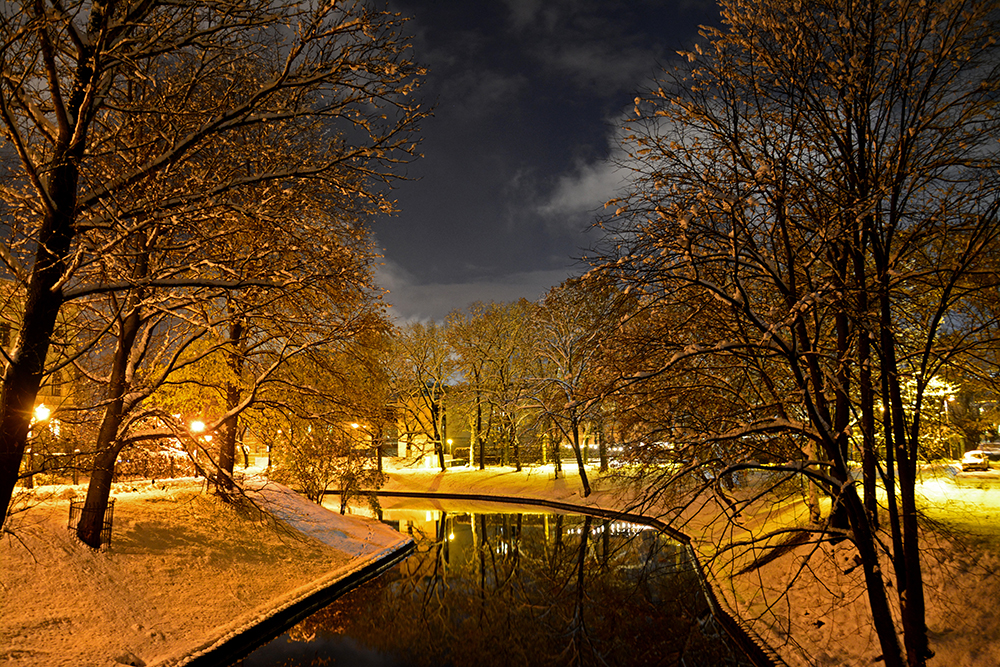 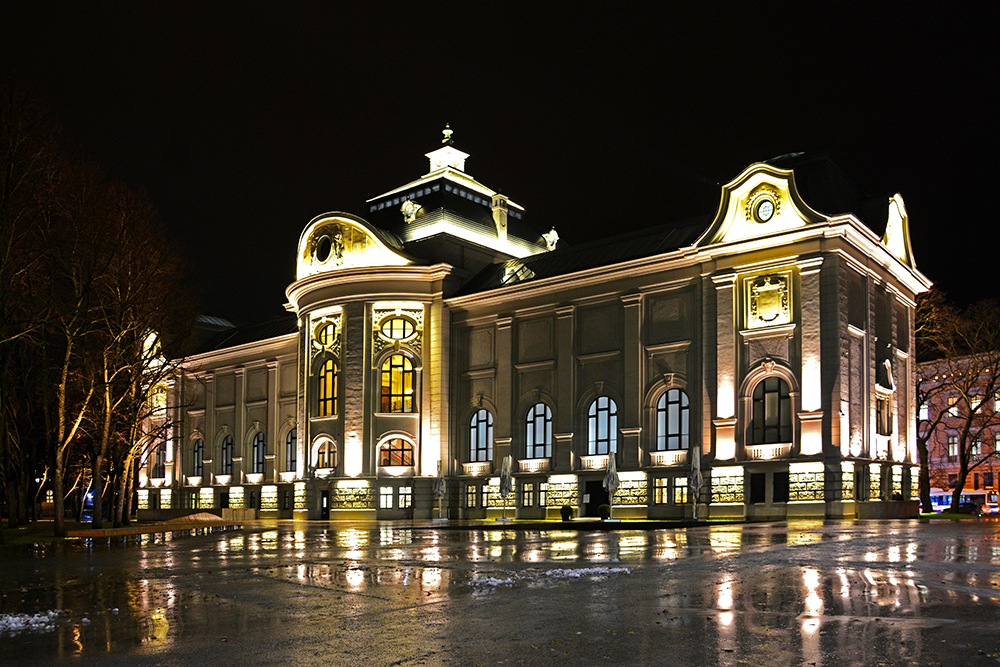 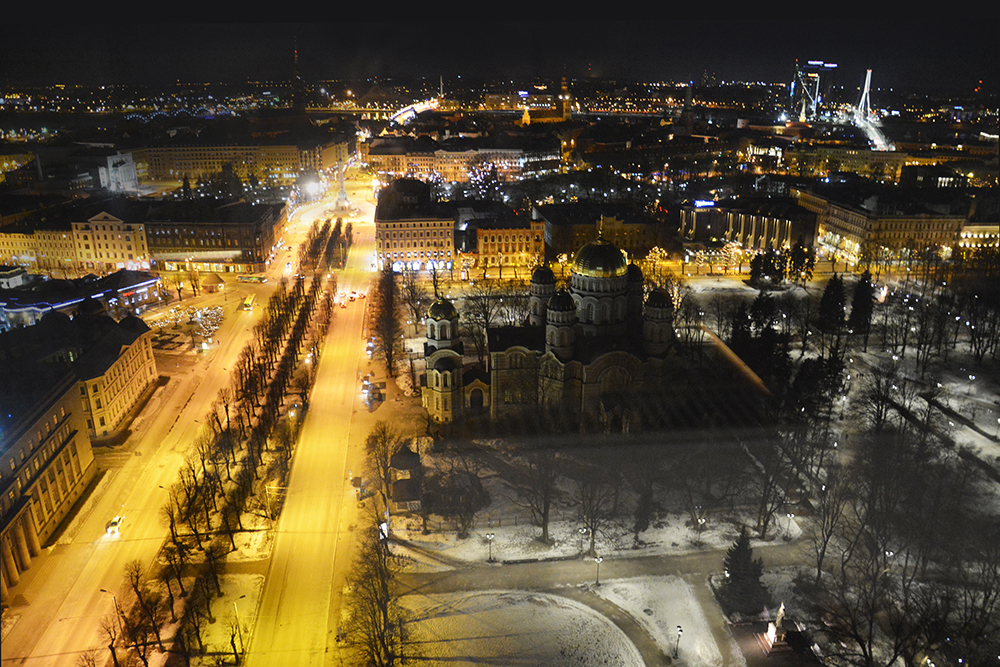 THE DAILY COLOUR & LIGHT TOUR AROUND THE LATVIAN CAPITAL

I was discovering the city mostly in winter months. Is it worth to visit Riga with cold feet, snow falling into your eyes and a dream about warmth? Definitely yes! Winter and frosty weather emphasizes the charm of the city.

From November Riga was hiding in the sickly light of the foul weather. Early snow was one of the most intense colours. Post-communist zones of concrete were merged into the puddles of smudges. The vision was slowly becoming accustomed to uniformity of tones. Anonymous faces were appearing from the mist like ghosts and passing by in a rush. The elegance of the Latvian women was ignored, bystanders get used to looking down their steps. White-blue facades of the Art Nouveau buildings were hiding behind the curtain of weather – ballerinas waiting for a first dance. The sun was tirelessly trying to break through the clouds while the opaque Daugava was flowing slowly in captivity of ice. The Castle of Light – National Library of Latvia was built on its riverbank.

Sunset. For a moment sunbeams blew up with icy sparks. In an eyewink of time, each water droplet became a prism. For a little while, everything got intense colours back.

Riga by night has a refreshing influence. Maybe because of a contrast between the darkness and artificial light? Glittering snow, creaking under every step. Riga Black Balsam – the herb liquor with a sweet blackcurrant aftertaste warms up as good as traditional garlic bread. Live music with dancing flames of candles. The flow of the people is carrying smells and tastes from the Christmas Market. Red cheeks and noses, hazes of breaths. Moving shadows in the labyrinth of the Riga Old Town. Medieval walls still remember the days of the glory, when the city was one of the biggest Baltic ports. Fireworks’ rosettes on the Day of Independence (18th November) and a crowd near the Freedom Monument. Patriotism and identity, which grew up from the turbulent history, despite the domination of Germany, Poland, Sweden and Russia. An exclusive view from the 26th floor3 on the ostensibly sleeping city. Applause in the National Opera and just after that cacophony of laughter and plink of glasses in bars – priekā1! Every single person was regaining a distinctness.

I liked when the morning sky was blushing as if there was something to be ashamed of after night affairs.

If you would like to know more about history and culture of Riga, a perfect solution is Free Walking Tour – guided tour paid for voluntary tips.