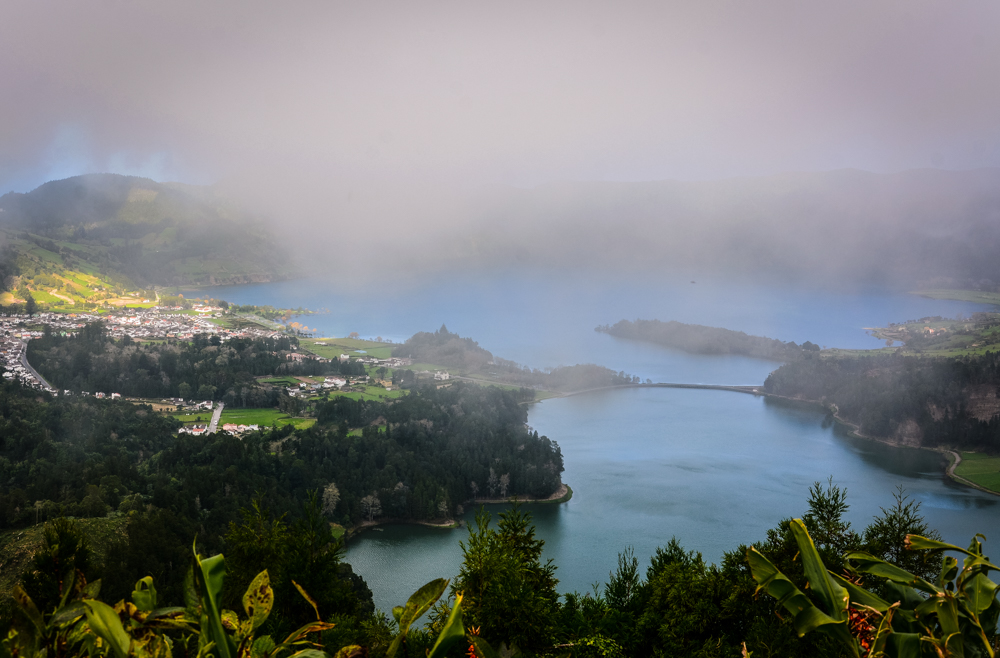 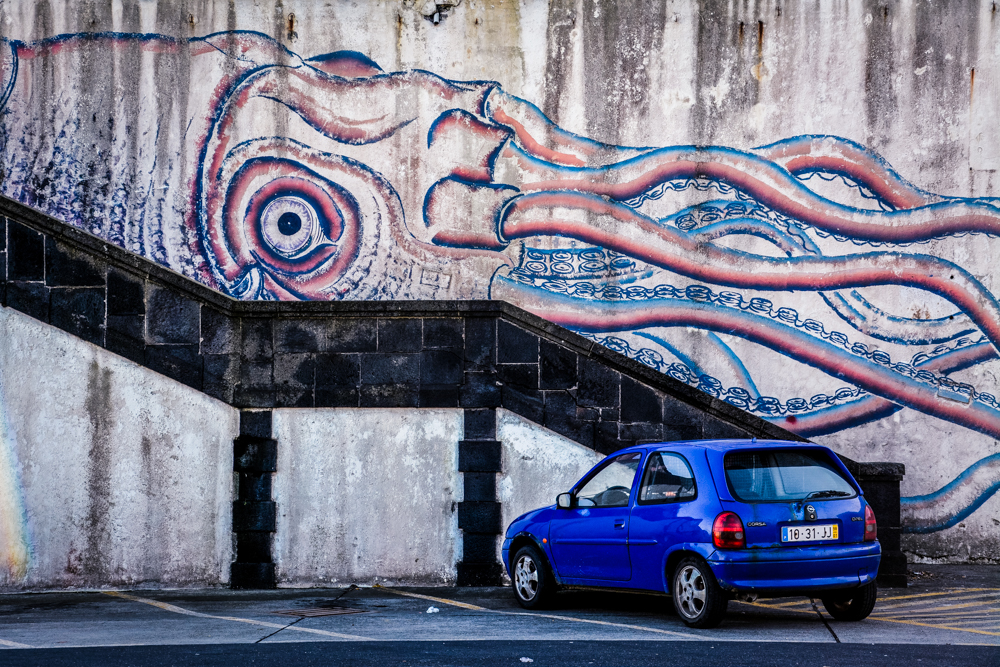 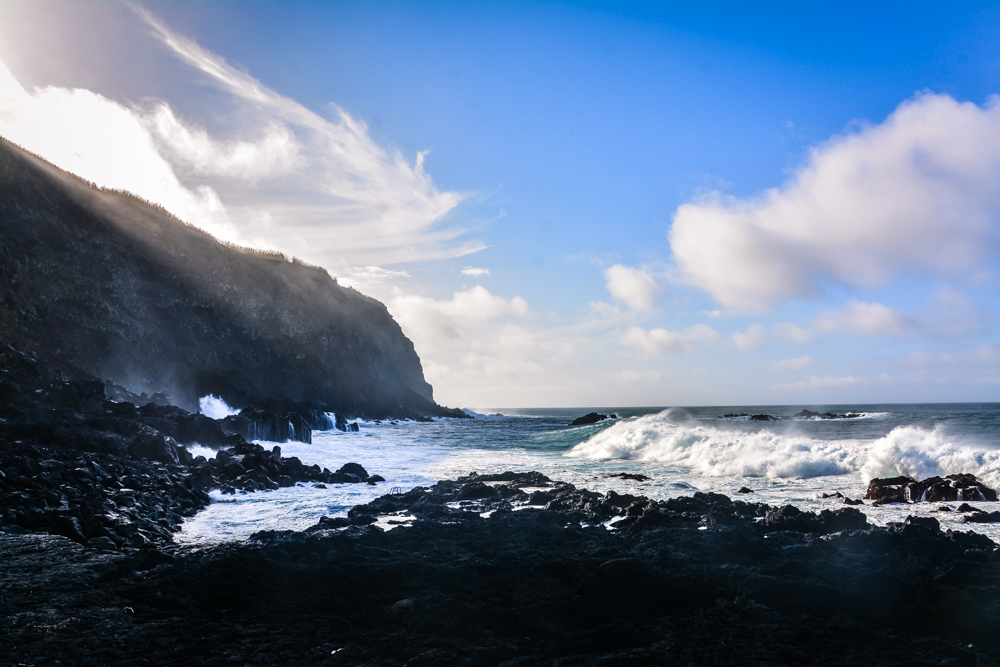 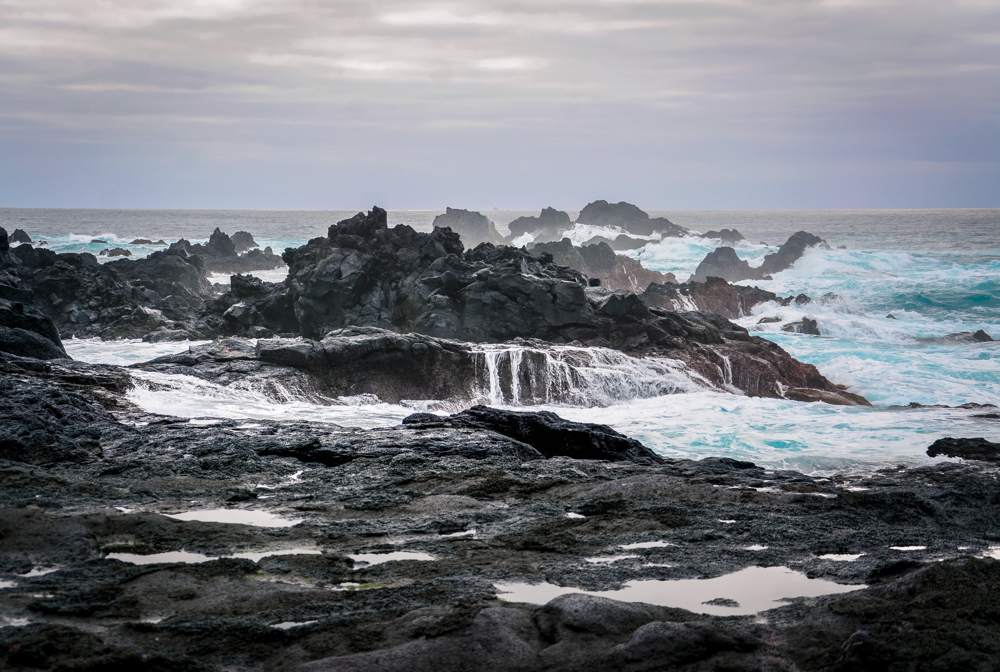 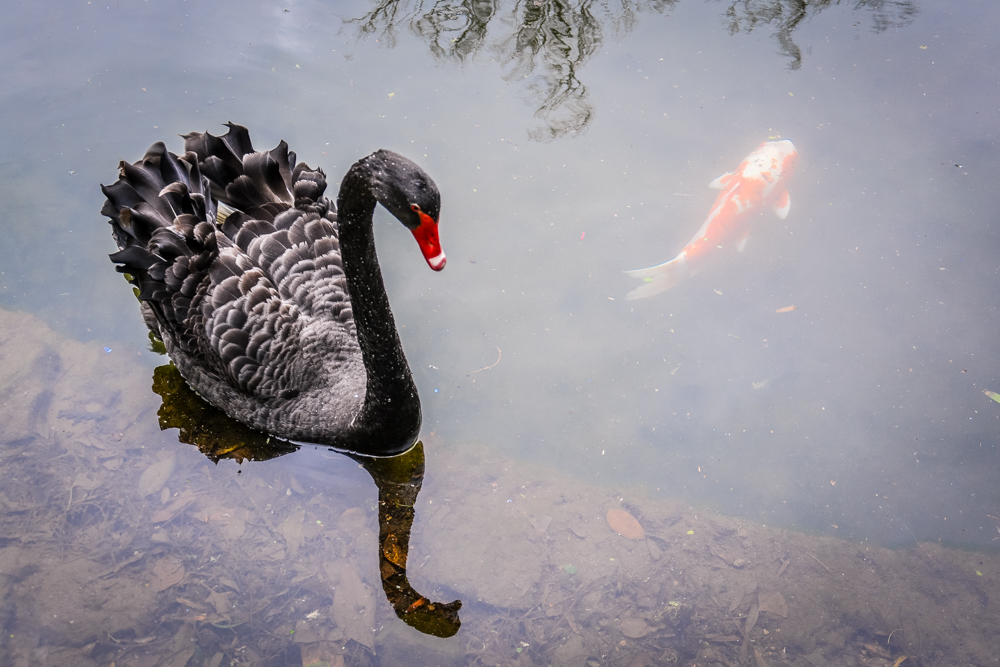 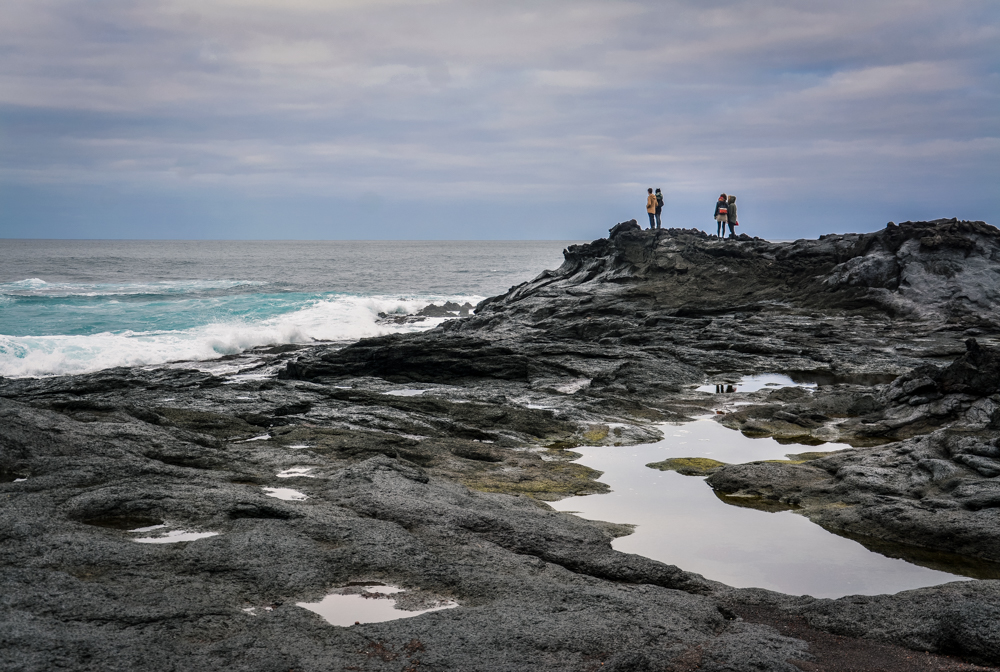 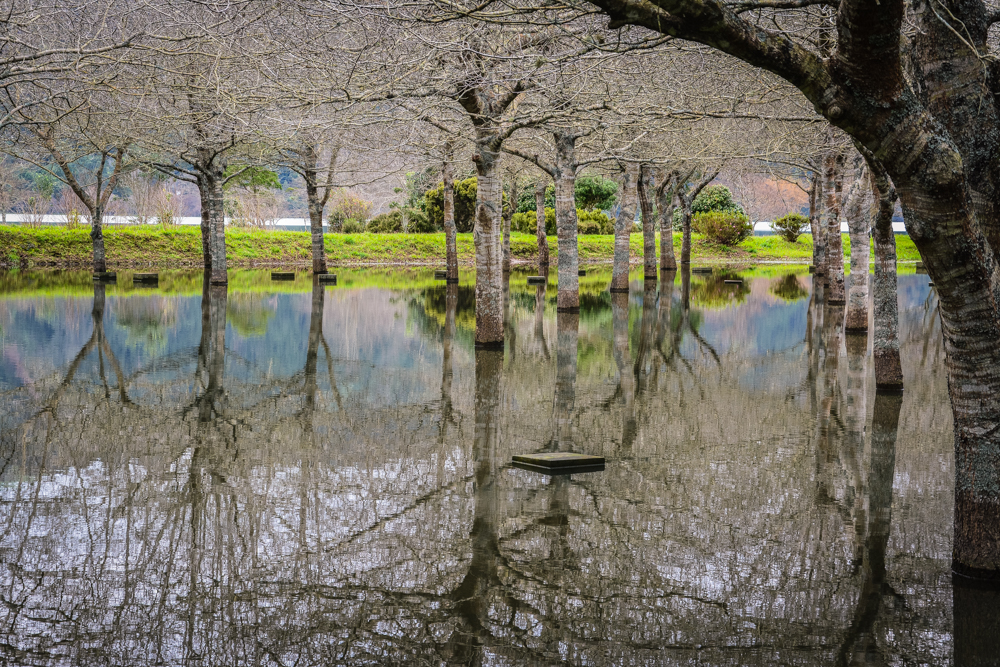 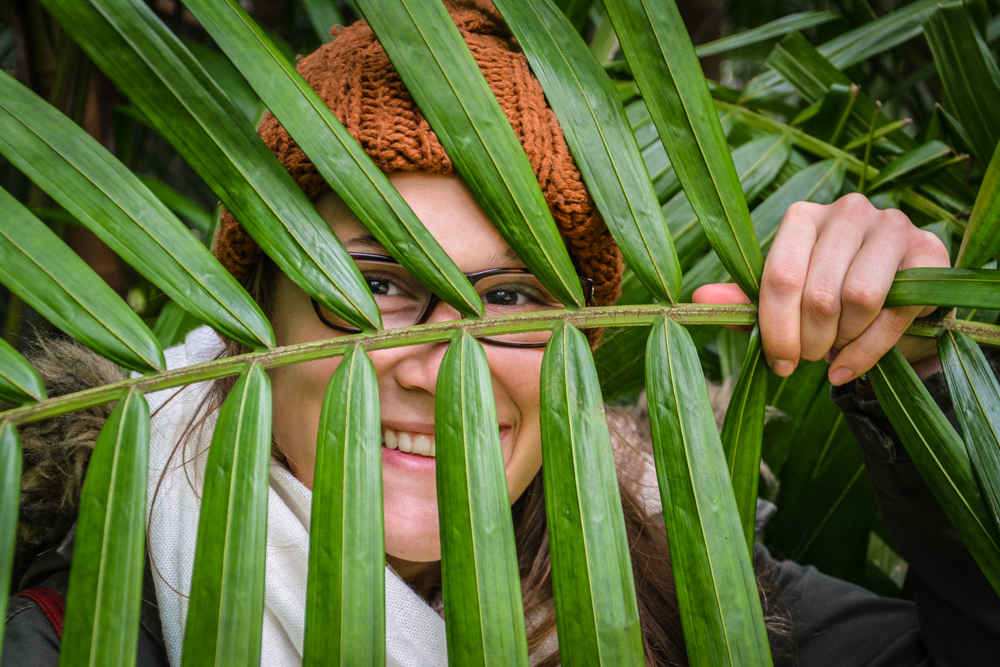 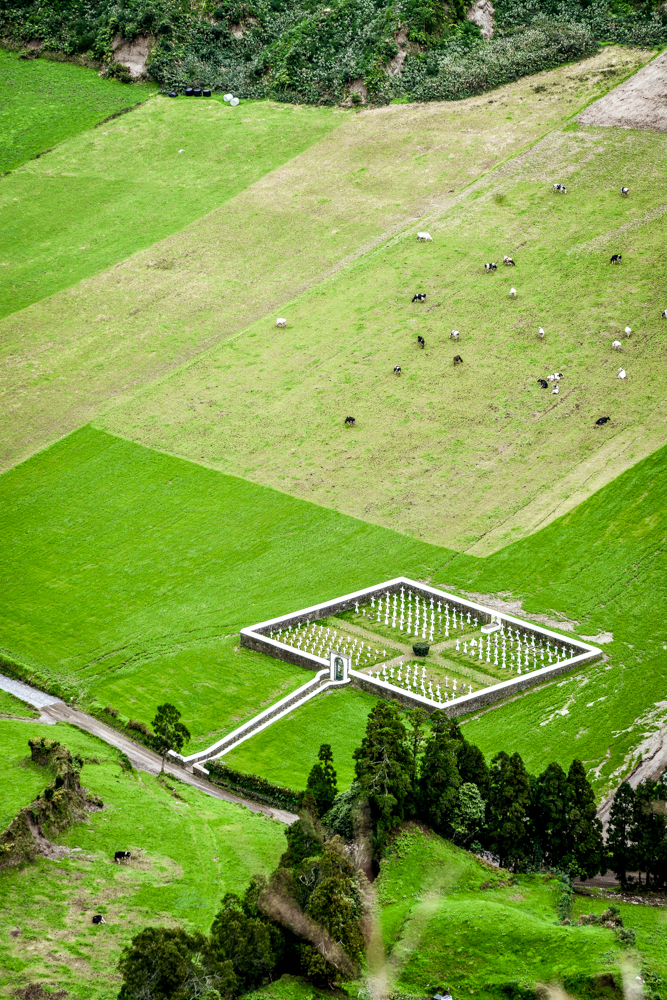 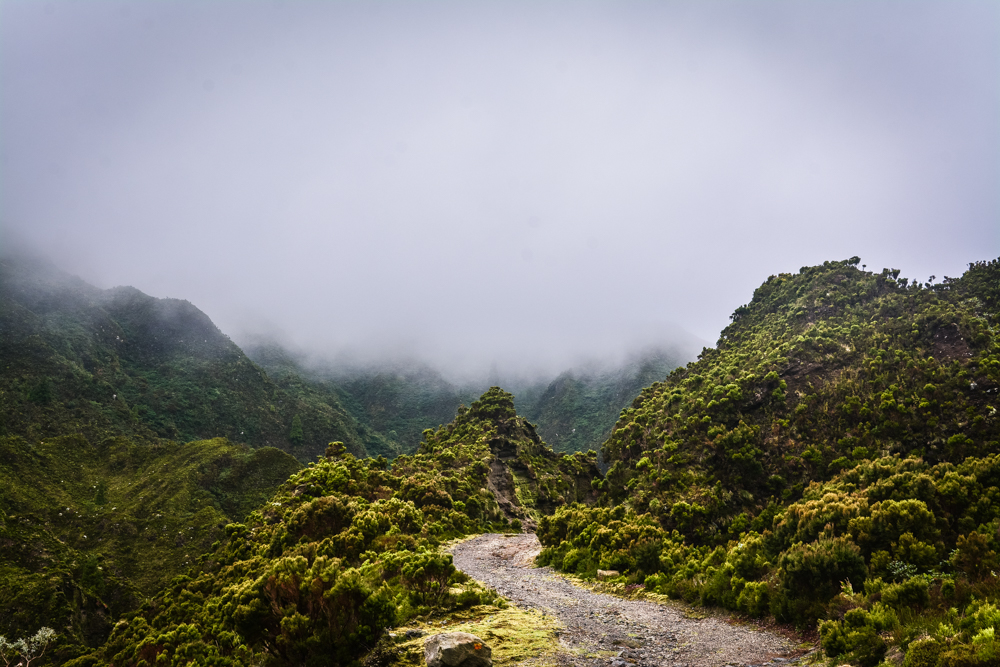 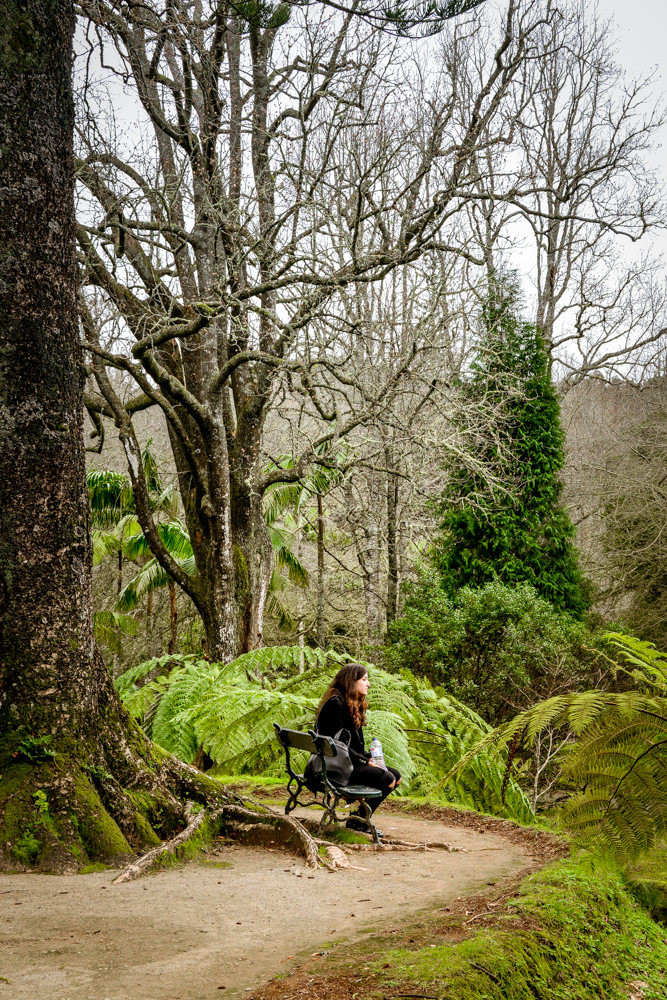 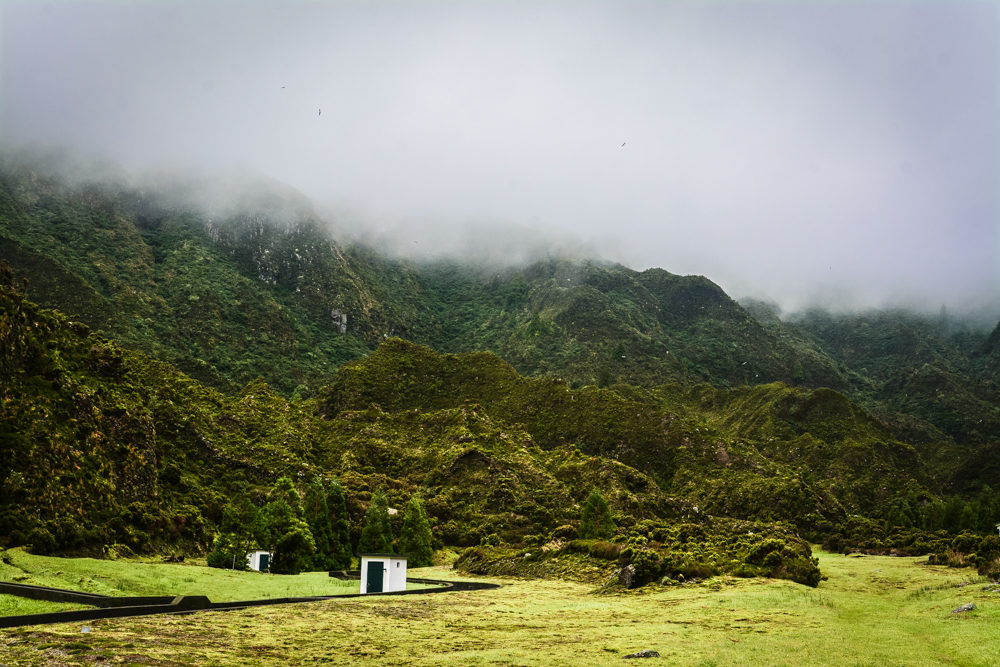 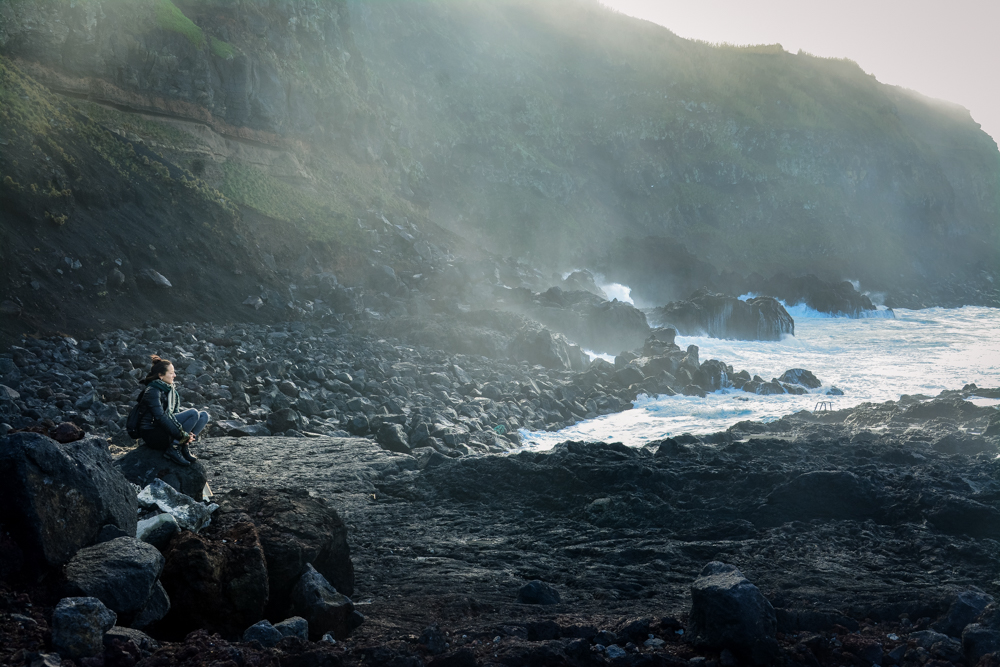 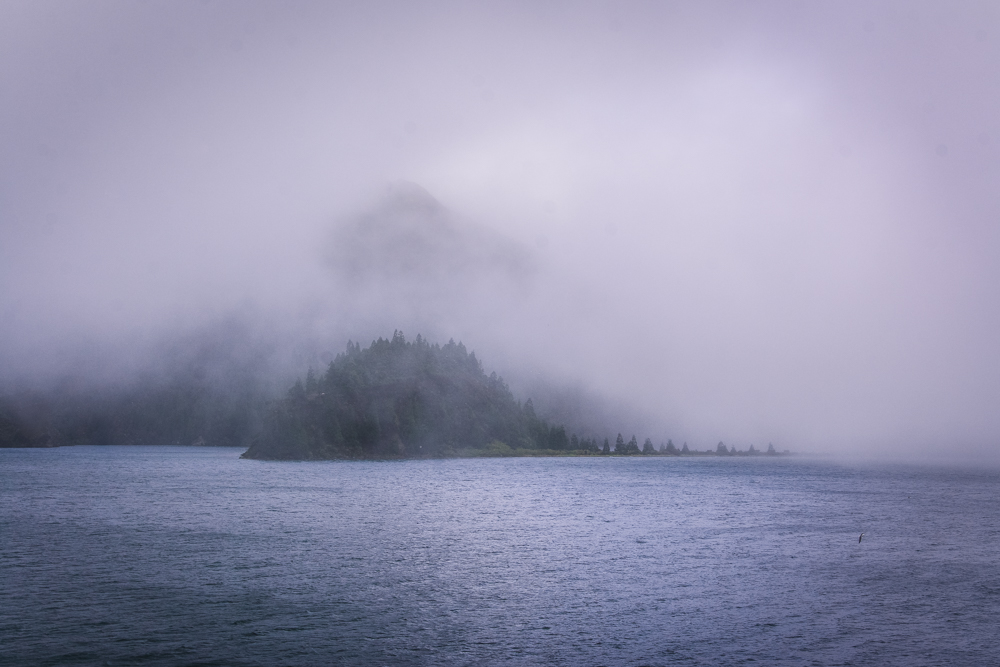 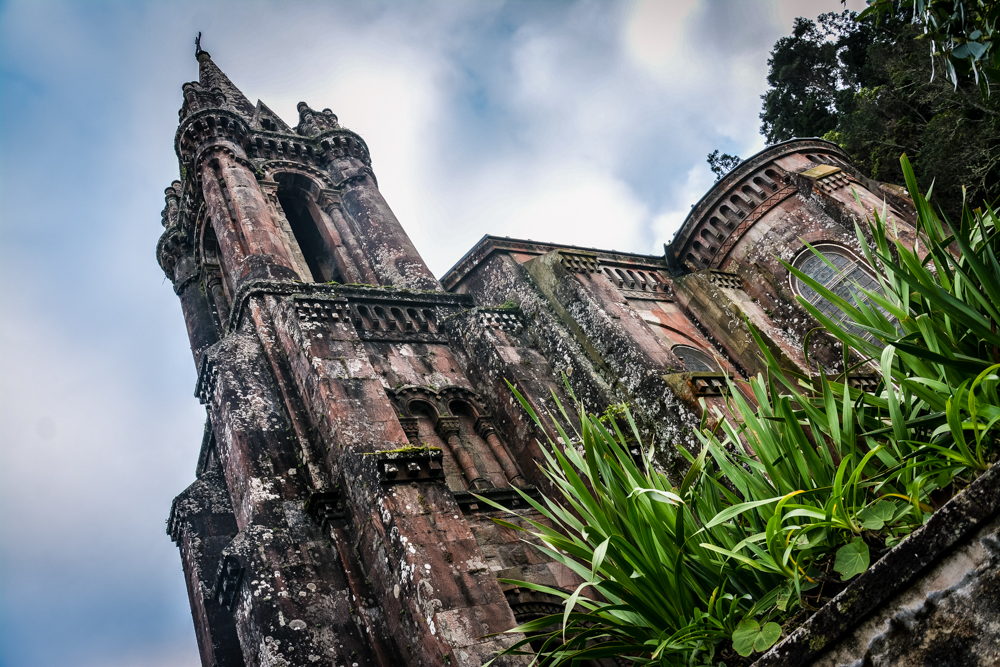 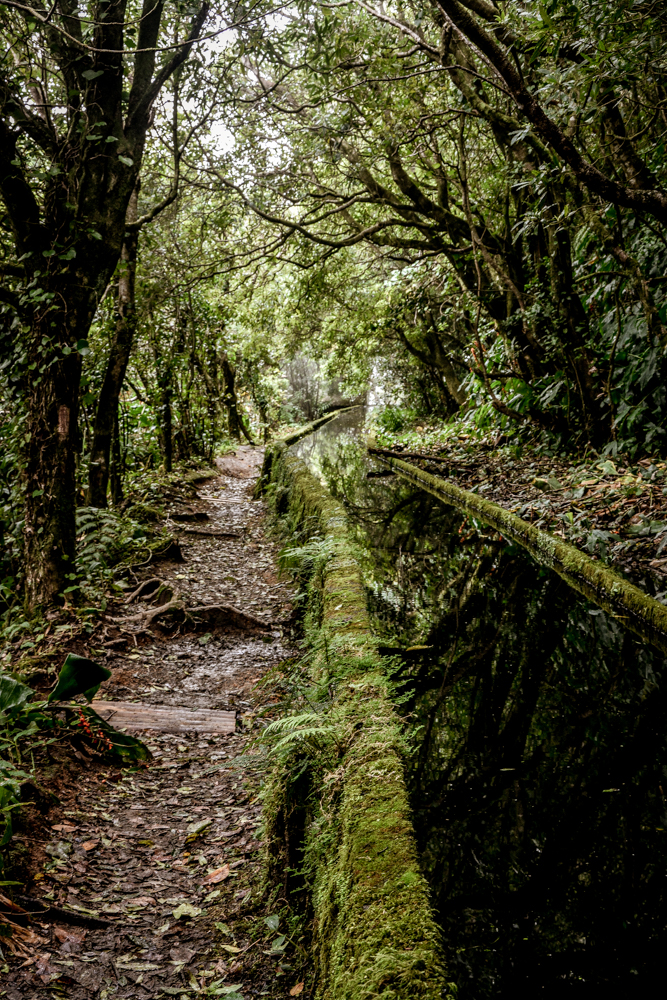 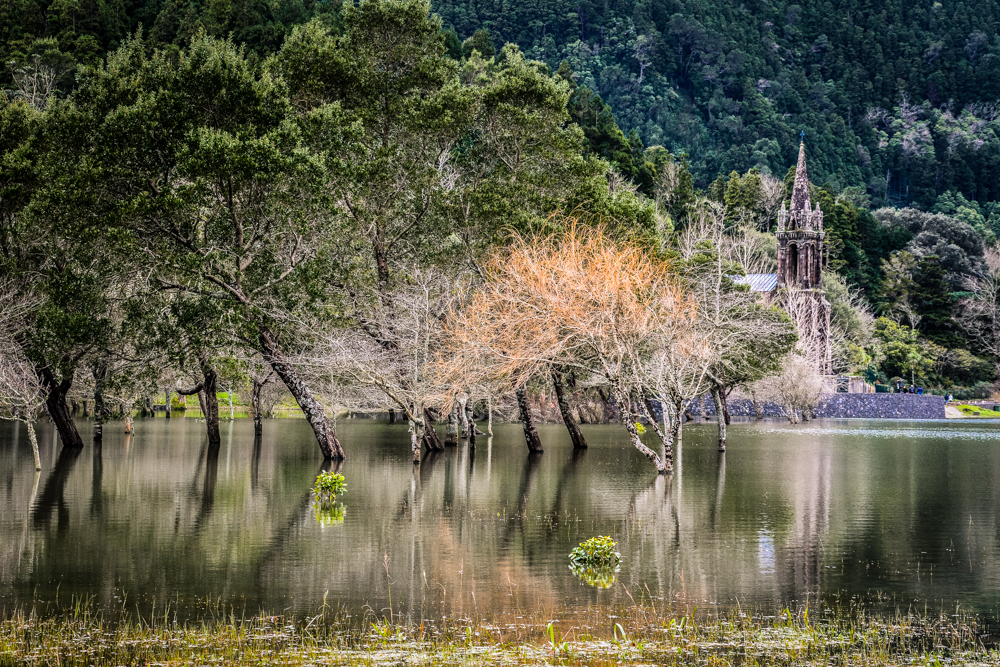 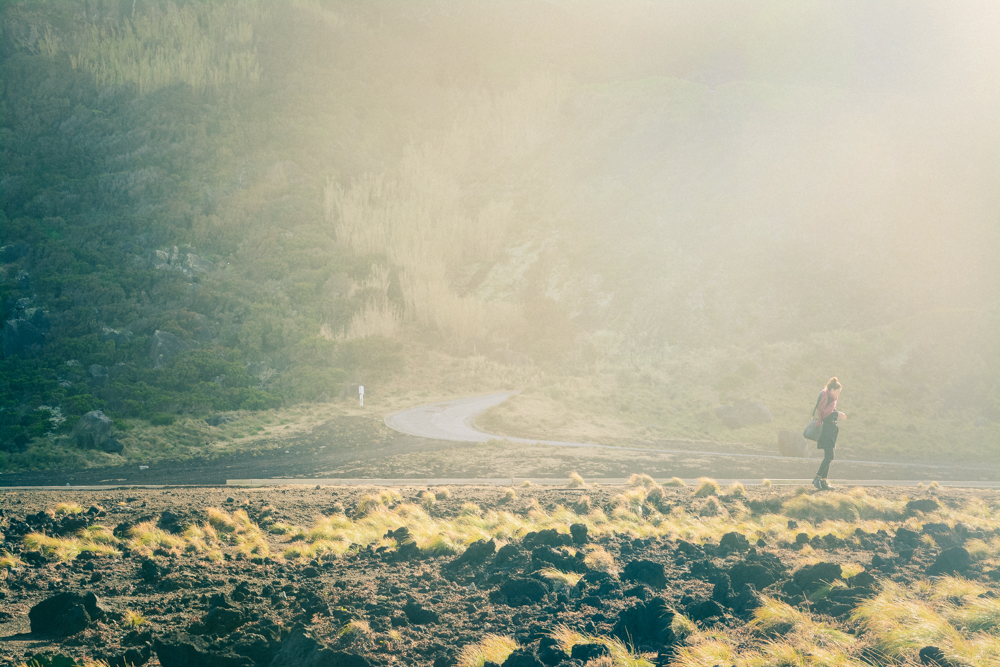 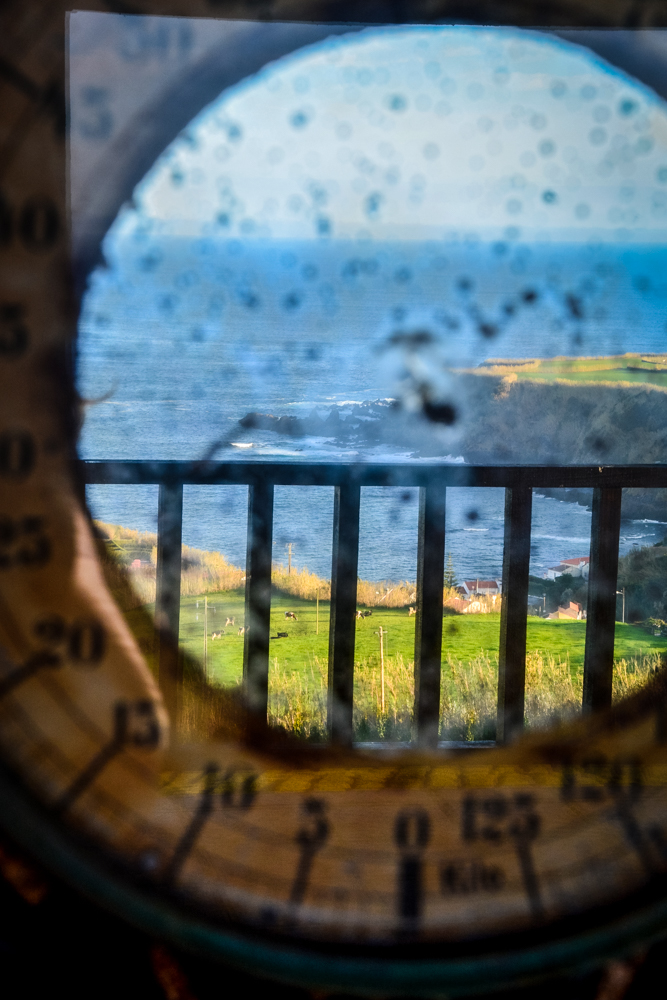 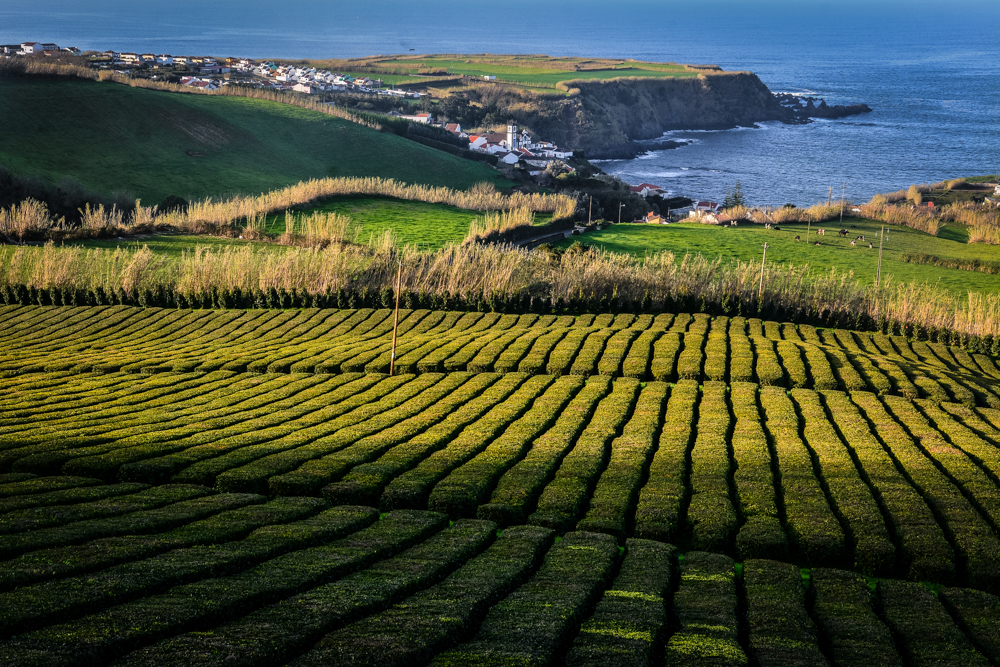 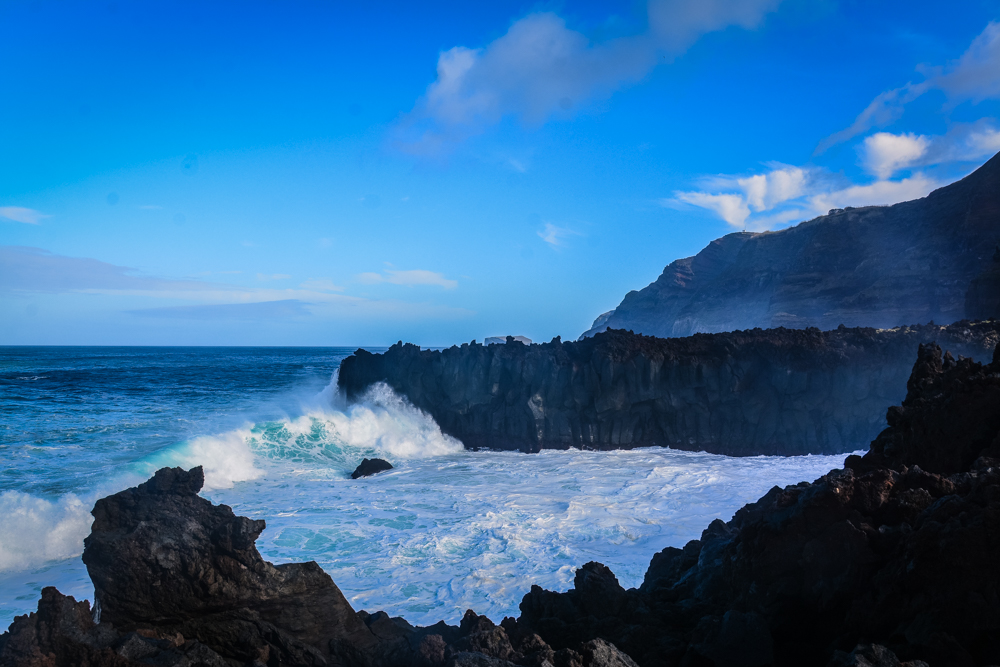 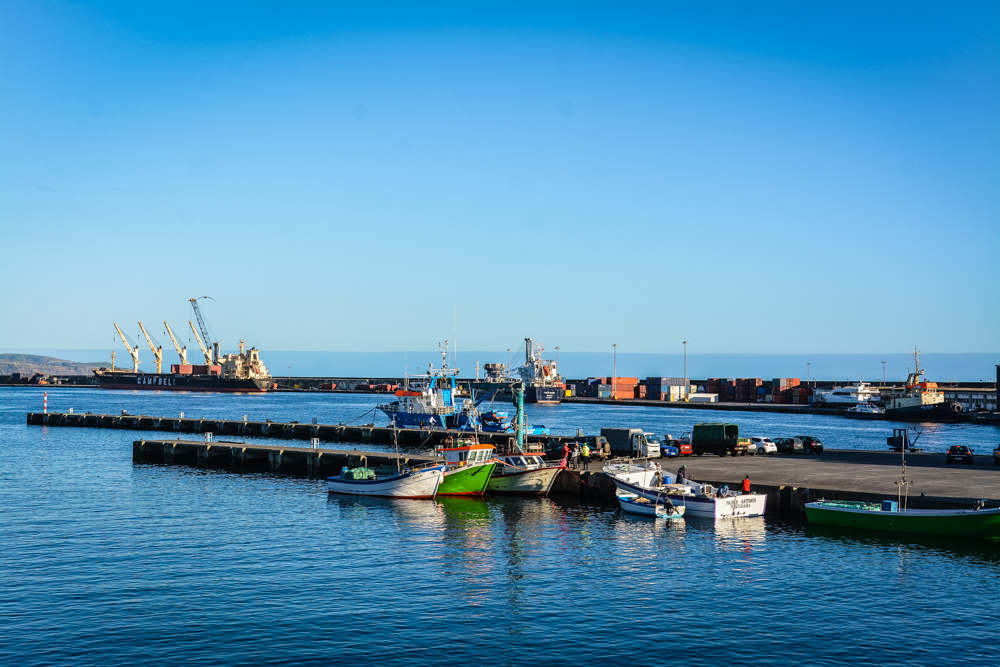 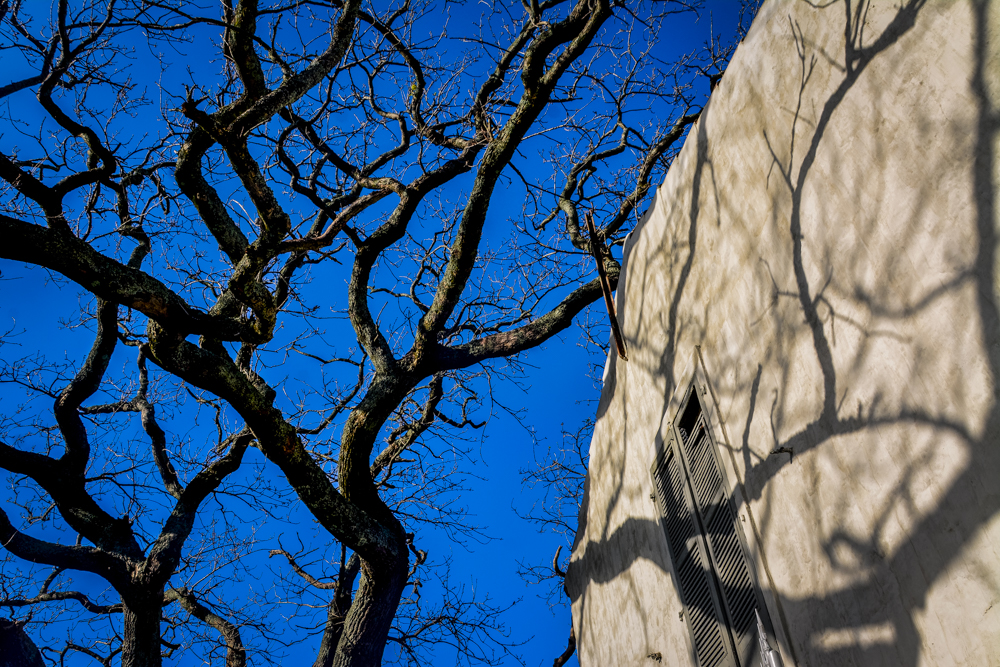 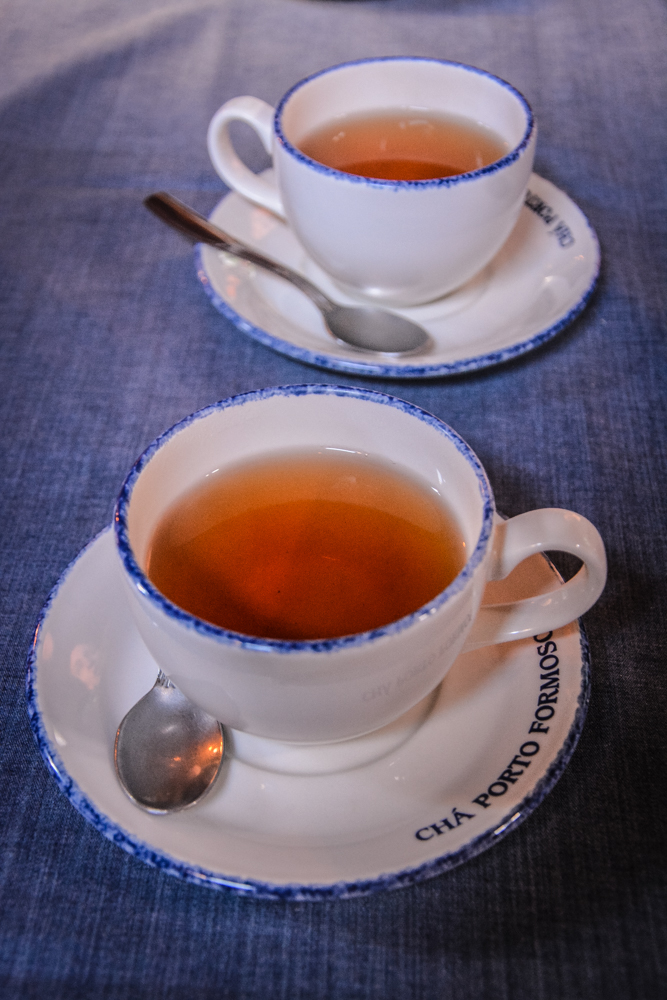 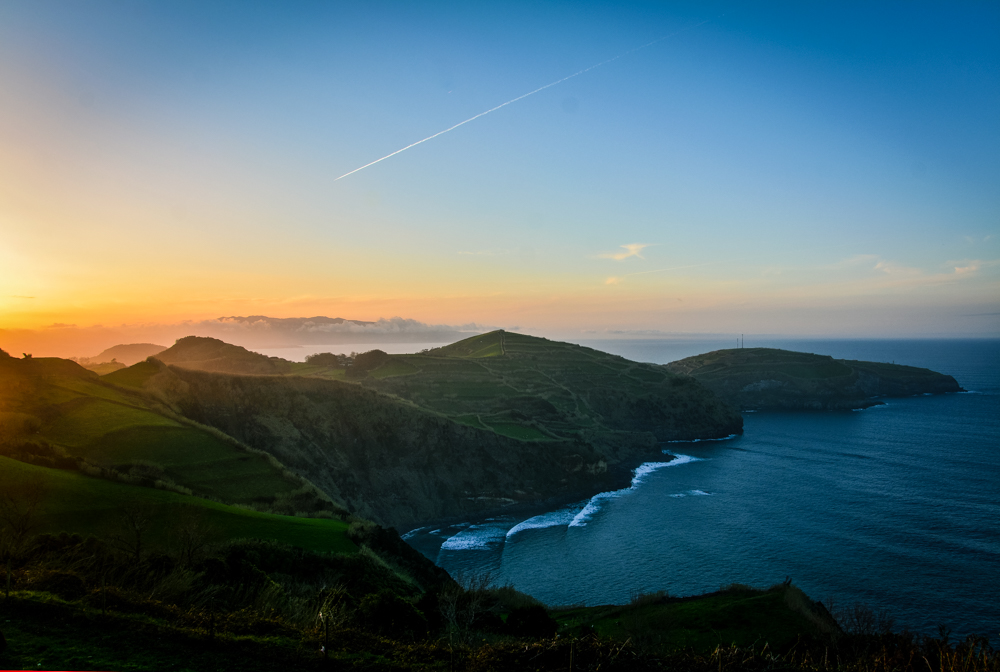 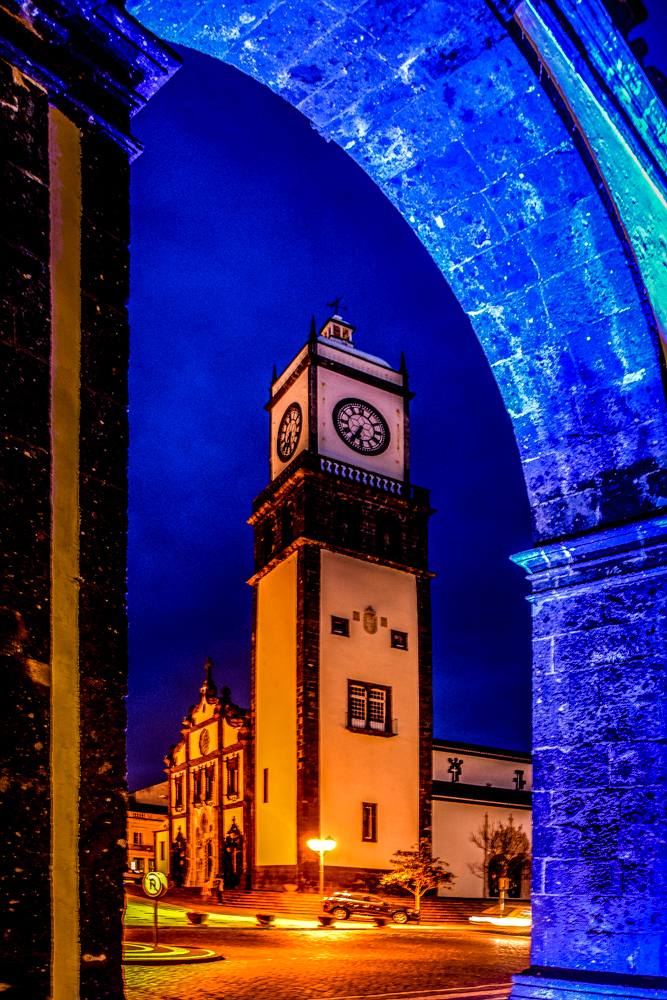 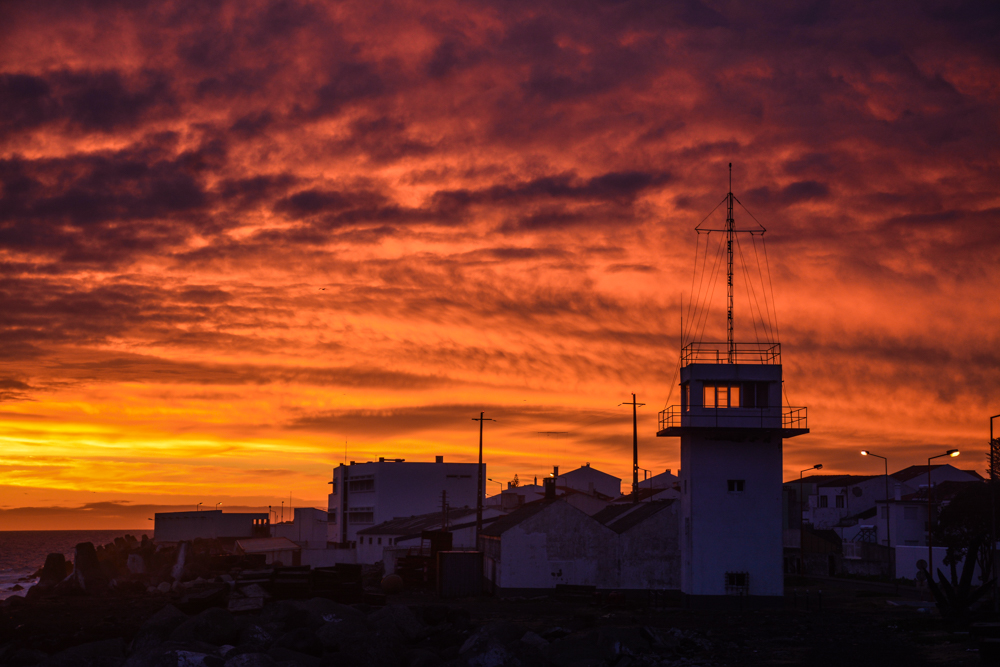 Ponta Delgada is the biggest town on the Saint Michel Island (São Miguel). It fulfils a function of the Autonomous Region of the Azores capital as well. Other eight islands of the archipelago have equally interesting names: Flowers, Crow, Beech, Peak, Saint George, Charming, Third, Saint Mary (pt. Flores, Corvo, Faial, Pico, São Jorge, Graciosa, Terceira, Santa Maria). It was February. The sun used to appear rarely. Because of that, we were celebrating this moment, having breakfast on a driveway of a rented guest house. With an additional hour1 we stopped our inner rush. There were nine of us but everybody had its own space of the isolation. We have been discovering places independently until we were imbued with sky, earth and water. Unknown Island belonged to us for a moment.

A bird was circling above our heads. Maybe it was a hawk, that had been seen by the sailors of Henry the Navigator? Portuguese rediscovered islands in the 15th century and the name of the archipelago probably comes from the word açor (pt. hawk). Famous Azores High was bringing us rain and wind spontaneously. During the day our vision was escaping beyond the horizon, through undiscovered layers of mist. A far-sightedness was disappearing in the deep darkness of the night. All that mattered was in the range of the lamp’s light – table and us.

São Miguel could not hide its origin. Even if craters of extinct volcanoes filled with water. They resembled oval mirrors and allowed us to see a double universe in all water tables. The black sand of coast was passing through  the ocean’s hourglass. The only European tea plantations Chá Porto Formoso (since 1878) and Chá Gorreana (since 1883) were basking in the sun. Amber colour of the drink matched perfectly the tones of the sunset.

It was still possible to feel the warm breath from the centre of the earth. Furnas (pt. cave), Fogo (pt. fire) and Sete Cidades (pt. seven cities) are three zones of volcanic activity, harbouring hot springs and geysers. In the complex of Terra Nostra red water2 of a swimming pool contrasted with the lacklustre greenery of a botanic garden. Hot springs in Caldeira Velha looked totally different – lush green vegetation was everywhere, like in a tropical jungle. Our bodies were melting in warm water until they became inert3.

Madeira or Azores? If you would like to know more about the Portuguese islands – check out other gallery about Madeira.